Everyone on this planet goes nuts for a crackin’ groove; that’s just a fact. If there should so happen to be some quality finger smokin’ shred layered over the top of that, you got yourself a winning combo right there. Even if instrumental guitar-twiddliness isn’t your thing, we’d find it quite hard to find anyone who couldn’t get their ears around Polyphia’s infectiously smooth vibes.

The past eight years has seen this Texan four-piece rise higher than most bands of their genre could ever really dream of. Their ability to balance striking musicianship with hip-hop inspired rhythms ditches all that pretentious fretboard-wankery, leaving us with juicy tunes too delicious to pass up. With their latest album New Levels New Devils dropping a few weeks ago, RAMzine got chatting with bassist Clay Gober about where instrumental stands in the light of the mainstream.

RAM: Instrumental music has become a staple in the rock scene, though is still relatively underground. Looking back over the eight or so years as a band, do you think you can change that and break the mainstream?

Clay Gober: It’d might as well be mainstream at this point, compared to where it was even five years ago. We’re just having fun and doing cool shit right now. If Imagine Dragons can get on the radio playing that god-awful bullshit, I don’t see why we couldn’t either.

RAM: Has it got to the point now that people have just stopped asking, ‘Where’s your singer?’ or do you still get bugged by that a lot?

CG: The internet has left us alone about that for the most part. I think most people have realized our shit’s dope and just doesn’t need it. Or maybe the thousands of resounding ‘no’s’ over the years have finally come across.

RAM: Does that annoy you, sometimes? Like, do you feel that some people don’t get the point of what your trying to do?

CG: I’d be lying if I said it didn’t suck just a little bit… We don’t really care too much one way or the other, though. We make music for the people who fuck with our vision.

RAM: Your style gives a nod to a lot of hip-hop rhythms. We don’t want to double-cross what we’ve said, however has it crossed your mind to feature a rapper in your music at any point?

CG: Yeah, if something dope hits the table, I could see us doing something with a rapper soon actually. Gucci Mane or some crazy fucked off shit like that.

RAM: Coming from Texas, the bar has been set pretty high for all types of rock bands. Do you feel a pressure to meet to those expectations?

CG: Maybe in a way…There are some sick bands to come out of Texas for sure, but I think what we’re doing is so much different that we’re kind of just in our own world.

RAM: How would you describe the scene Polyphia grew in as a band? Did it adopt your style of tech with open arms?

CG: Quite the opposite actually. The internet was especially hostile to us early on… Lots of people claiming we were rich kids and our parents bought all our gear for us, just bullshit like that.

RAM: New Levels New Devils is smooth as fuck. You balance technique without sacrificing melody. What’s you secret to making tech so digestible and, dare we even say it, even fun?

CG: Hey thanks man. Listening to and being inspired by completely unrelated types of music definitely helps.

RAM: Is it a genre that takes itself too seriously?

CG: Yeah. We don’t even consider ourselves a part of that community anyway, to be frank.

RAM: You do a lot of collaborations with a lot of great artists. Chon’s Mario Camarena and Erick Hansel appear on ‘Yas’, what exactly did they bring to the table with that song?

CG: We had the song structured out and written up until the point where they come in, and they wrote their solos over a basic chord progression that we had. Then Scott [LePage, guitar] finished all the production under their solos and added a section at the end of the song to top it off baby!

RAM: What is it about your music you think that lends itself to opening up your doors to other artists?

CG: It helps to just write dope shit with a vision in mind for who you want to feature on it.

RAM: Who are the artists you’d like to work with in the future?

RAM: Where does this album stand in your catalogue?

CG: The definitive Polyphia album for sure, which isn’t something I’ve ever felt so sure of until now.

RAM: Would you say it’s your most important album to date?

CG: Yes, and also the best album in history.

RAM: What track would you say is the most important on the album and why?

CG: ‘O.D.’ It sort of set the whole ‘wicked’ vibe for the rest of the record after that first riff was written.

RAM: You guys manage to fit a lot of creativity into making your videos without much at your disposal. Do you think less is more?

CG: We work with what we have but it definitely helps to have a fuck-load of money at your disposal.

RAM: I heard you guys were doing a few dates with the great Marty Friedman on your Asia tour. Must be quite an honour. How does that make you feel and how did that come about?

CG: To say I’m shitting myself would be an understatement. Megadeth was my first show when I was like 12 and I’ve seen them five or six times since.

RAM: Was he an inspiration for the band?

RAM: Finally, what does 2019 look like? Any plans to head over the UK? We know we’d love you to come over!

CG: We’re doing a UK tour in February with our friends in Covet. Stoked to be back there again. 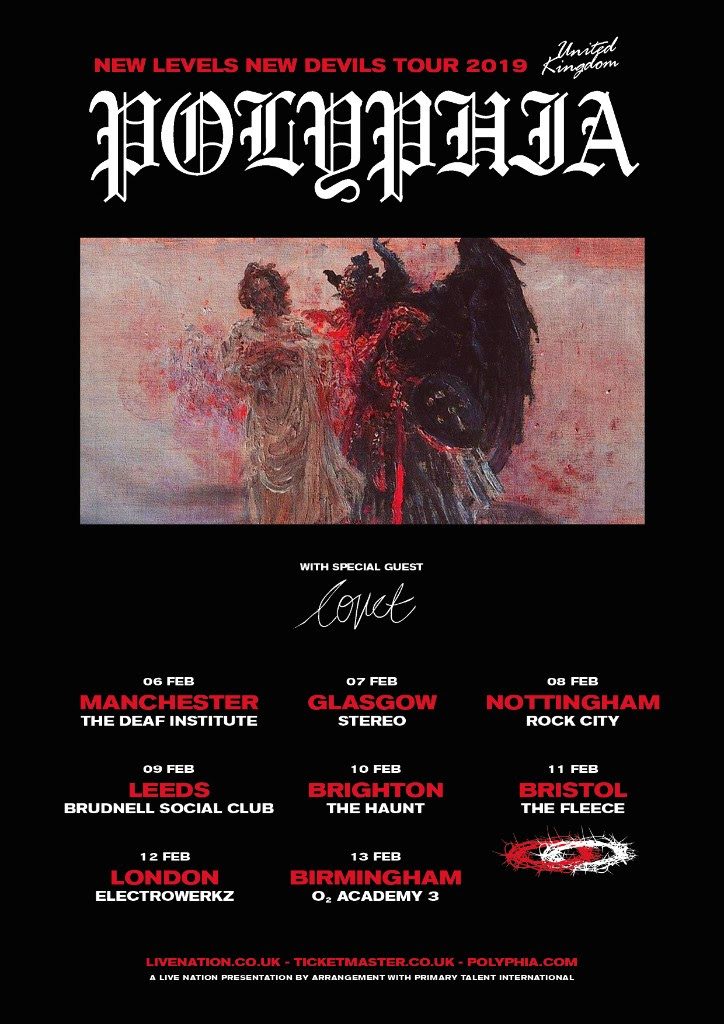