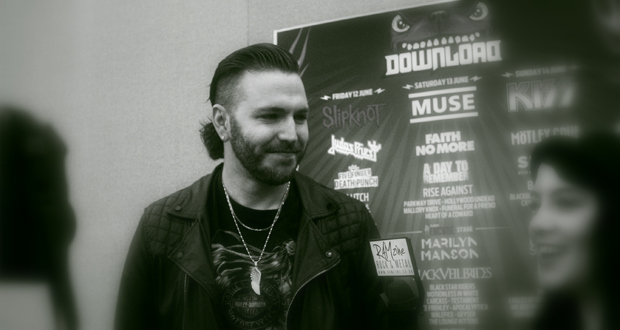 Pop Evil played Download Main Stage on the Sunday. After their set we caught up with Nick Fuelling (Guitarist) to find out about new album ‘Up’.

The band are a Michigan 5-piece, whose last album ‘Onyx’ enjoyed three consecutive number one singles and made the billboard top 40 in the USA. Their track ‘Boss’s Daughter’ features Mick Mars from Motley Crew.

The band have debuted their new single titled ‘Footsteps’ –  the first music heard from new album ‘Up’ due out August 21st via eOne Music. Check it out below.