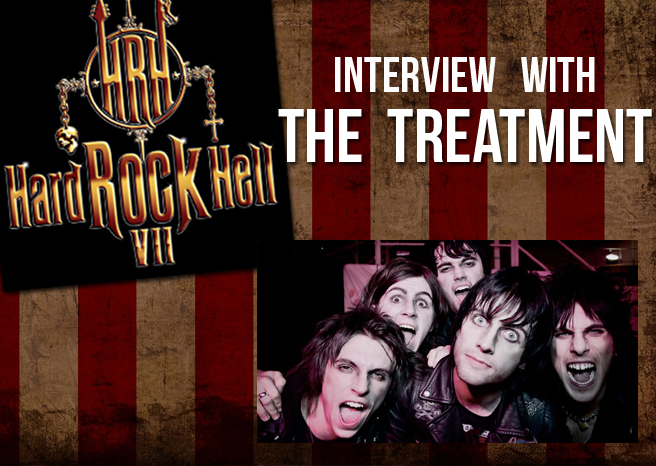 Cambridge outfit The Treatment are out on the road with Aussie rockers Airbourne, guesting on a run of 11 UK dates that climaxes at the London Forum on Dec 13th. We caught up with The Treatment at this years Hard Rock Hell Festival in Wales. The band tells us of their new guitarist Jake and how that came about, and they let us know what they have learnt as a band touring with so many classic bands. The Treatment have been lucky enough to play support to Motley Crue, Kiss, Alice Cooper, Steel Panther, and more! We found out if there is anyone else they wish to tour with….

The Treatment have now announced the tittle of their new studio album ‘Running With The Dogs’ which will be released on the 3rd of February via Spinefarm Records.

Catch The Treatment on Tour in Febuary 2014!

Following the tour, the band will be making appearances at rock festivals at home & abroad, as well as releasing further singles & videos from Album No. 2.