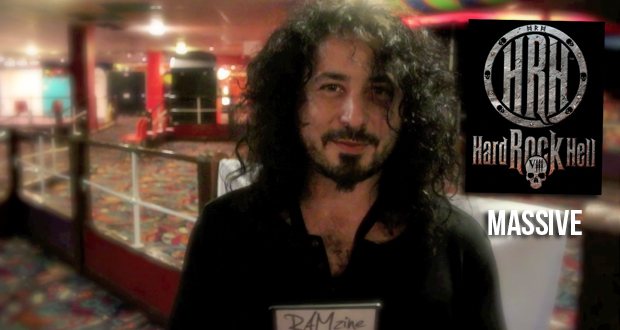 RAMzine caught up with hard rock band Massive at none other then Hard Rock Hell in North Wales. You can see why this band are called Massive, all you have to do is listen to their single ‘On By One’ and you hear their Rock ‘n’ Roll impression. This track really defines the band quite well, and starts off their debut album ‘Full Throttle‘ exceptionally. 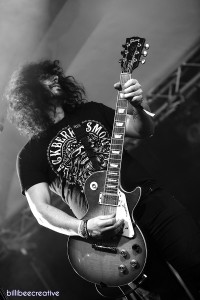 As for the bands live performance they are energetic, passionate, and fun. After all Ben tells us “this is what I have dedicated my life too”. The band have just been on tour with Blackberry Smoke, who they have performed an amazing cover of AC DCs ‘Highway to Hell’ with – Click here to see the video.

The band have been touring quite a long time (7 weeks in fact) and shortly after arriving in the North of Wales, we grab Ben Laguda from the band for a quick chat! We talk about how the band felt giving their album away for free with Classic Rock Magazine, which Ben says worked out really well!

Ben tells us that the band have already written a couple of songs for album number 2, one track will be called ‘Up In Smoke’. We are “Straight out Rock and Roll” says Ben.

If this is your first time checking out Massive, I would highly recommend watching this introduction to band: