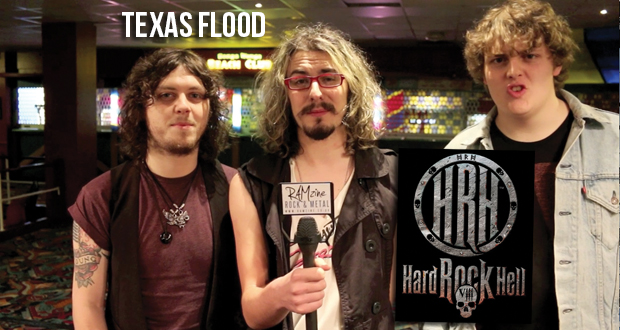 RAMzine spoke to this year’s Highway To Hell competition winners, The Texas Flood. The Welsh blues rockers opened the main stage to a full crowd, this is something that not all bands first on the bill can easily achieve. Their new album ‘Young Dogs Old Tricks’ was released the day prior, via Off Ya Rocker Recordings. They describe the album as “Pop-tinge to the Blues”. If you like Rock and Roll, go give it a listen! These guys are guitar solo kings live! They are also particle to a bit of crowd participation, which makes for a very fun live show.

We have a chat to Tom, Ben, and Tom about what they think of Hard Rock Hell, this was their first time at the event altogether. The band say that at HRH “you get a lot more mix in with the bands, as they have nowhere to hide, and it’s surprising how many people you know”.