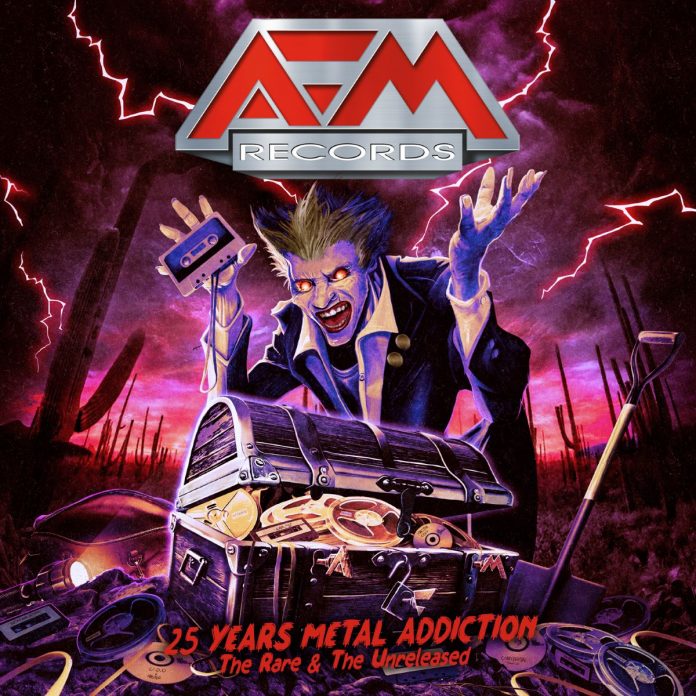 For a quarter of a century now, AFM Records has dedicated itself to delivering high class metal and hard rock. Over the years that’s meant numerous chart successes and being the recipient of international awards.

During its 25th year the label founds itself trawling through its archives, and numerous previously unknown rock treasures were unearthed. The result will see the light of day on 29th October this year in the form of 25 Years Metal Addiction – The Rare & The Unreleased.

As the title suggests, only songs have been taken into account that were previously unpublished, came as bonus material from country-exclusive editions (e.g. Japanese pressings) or were previously only available digitally.

Such a selection has now been gathered on this comprehensive, entertaining compilation. However, to consider the tracks leftovers or rejects we’re told would be totally misleading. Rather, the quality of the contributions is consistently surprising, leaving one to wonder how these pearls have been withheld from the metal world so far.

25 Years Metal Addiction – The Rare & The Unreleased, which comes as 2CDs in a digipak (and at a special price), with 30 songs and almost 140 minutes of playing time. It includes tracks from top-class bands such as U.D.O; Orden Ogan, Lordi and Firewind.