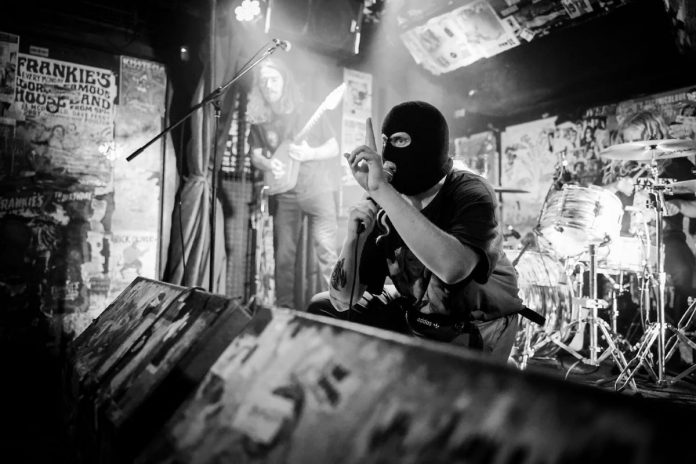 Australian punk act 2mums has just released their new single ‘Windows 98’, a follow-up to ‘Policeman’ released back in March, both via Riot Records.

The fuzzed out, distorted slab of punk noise that is ‘Windows 98’ was “a game changer,” according to the band. “Suddenly we had the world at our fingers, everything on demand and nothing off limits – we loved it. Those nostalgic moments of anticipation as we installed, started up and then pressed enter’’.

Apparently, their previous single is about a former police officer who “retired” under dubious circumstances and is now struggling with the loss of authority, bored, frustrated, with nothing to do but drink and get abusive towards fellow neighbours.”

If that’s not odd enough for you, 2mums got together in 2017 when a bunch of local potato farmers from the backwaters of the far South Coast of New South Wales joined forces to voice concerns over the influx of jar drinking hipsters, Yogies, Christian rock groups, retired public servants, eco-friendly vegans and social media influencers moving into their local area.

This worrying demographic shift prompted a musical response as an outlet for built up frustration and resentment to boil over. The spud farmers were being pushed further out as their lands were being replaced by eco retreats and vegan pie shops.

Quite seriously, with spud farmers throughout the area disappearing off into the landscape music became the medium for a chosen few activists still remaining and 2mums was formed.

You can sream/pre-save ‘Policeman’ here and ‘Windows 98’ here.