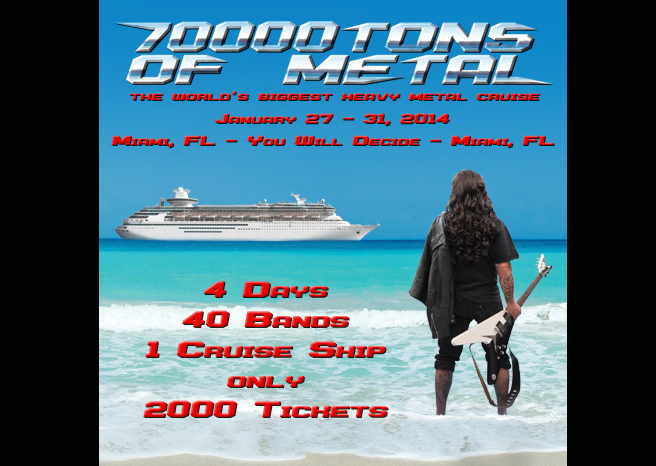 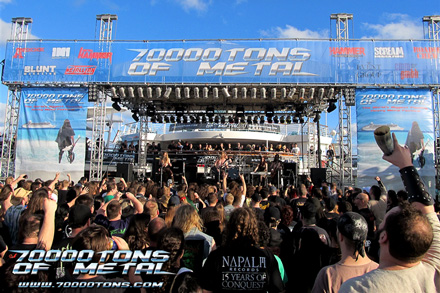 Tickets will be going on sale Monday 8th april at 5 PM EST.

This will be the 4th and last time that 7000TONS OF METAL will be setting sale on ‘Majesty of the Seas’. As a treat to those who buy a ticket before 27th July 2013, you will be able to vote where the ship gets sailed!

The first 7 out of 40 Bands on board have already been announced: 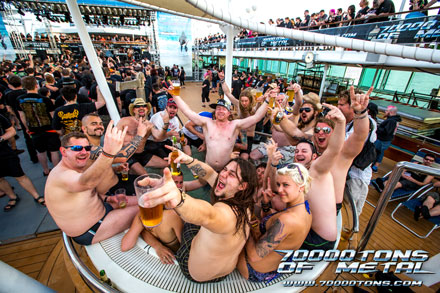 What are you waiting for? Just imagine starting next year in style: In January 2014, you and 2,000 of the craziest Metal fans from all around the World will go to the Caribbean to make Heavy Metal History: Together with 40 Metal bands you will take over a luxury cruise ship for a 5 day and 4 night trip of a lifetime.