70000TONS OF METAL, The World’s Biggest Heavy Metal Cruise, will sail Monday, January 28, 2013 aboard the Royal Caribbean “Majesty of the Seas” from Miami, FL and will not return you to the real world for four days until Friday, 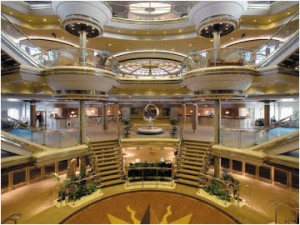 Canadian Guitar Mastermind Jeff Waters will host “JAMMING WITH WATERS IN INTERNATIONAL WATERS”, the official 70000TONS OF METAL All-Star Jam! And they want to have your input! Head over to the official 70000TONS OF METAL Facebook page at: http://www.facebook.com/pages/70000tons/107567389067 and give your feedback on which of the musicians on board you would like to participate in the most incredible jam session the Metal world has ever seen.

And guess what? You can even join in yourself! Ever wanted to jam with Jeff Waters in International Waters? You can do so, but only on 70000TONS OF METAL, The World’s Biggest Heavy Metal Cruise!

Just imagine: In January 2013, 40 Heavy Metal bands and 2,000 fans from all over the World will go to the Caribbean to take over the luxury cruise ship “Majesty of the Seas” for 5 days and 4 nights. Book your cabin now at www.70000tons.com and be part of Heavy Metal History made in the Caribbean once again on 70000TONS OF METAL, The Original Metal Cruise: Home of the biggest open air stage to sail the oceans!

They spare no expense to remove the seats in front of the stage in the theater, or do you really like seated Heavy Metal shows? This is 70000TONS OF METAL, The World’s Biggest Heavy Metal Cruise where you enjoy unrestricted festival access to all live shows on board. And don’t forget, every band plays twice! There are also Clinics, Work-Shops, the infamous 70000TONS OF METAL Karaoke, Bars that never close, you heard right: They don’t close! Two full days at Sea, a fun-and-sun-filled day on a beautiful Caribbean Island and an opportunity to mingle side-by-side with the Artists that all join us for the entire trip. It’s like everyone has a backstage pass!

The following 27 out of 40 bands have already been announced:

Tickets  include all on-board entertainment, non-alcoholic and non-carbonated beverages, all meals at the dining rooms, most on-board restaurants and even 24 room service!