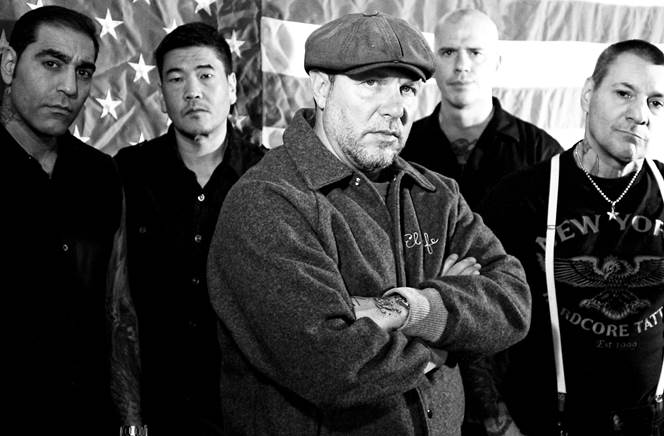 Celebrating a milestone of 35 years, American legends Agnostic Front have carried the Hardcore flag for many decades and influenced not just bands, but an entire scene. Never faltering, they have helped create one of the most positive and well supported scenes imaginable, and they are now set to return to UK shores to do what they do best, bringing that scene to life.

Come November, Agnostic Front are set to destroy cities on a four date tour, in what will without question be sold out venues across the Country. The tour will be in support of their most recent release ‘The American Dream Died’, which was released through Nuclear Blast in 2015.

‘The American Dream Died’ has a massive host of Hardcore musics finest involved in the making of the album, recorded and produced (with guest appearance) by Freddy Cricien of Madball, engineered, mixed and mastered by Paul Minor of H2O/Terror, and featuring guest appearances from Toby Morse (H2O), Lou Koller (Sick Of It All), and with Agnostic Front/Madball guitarist Matt Henderson solely working the guitar on the track ‘A Wise Man’.

You can purchase ‘The American Dream Died’ on CD here