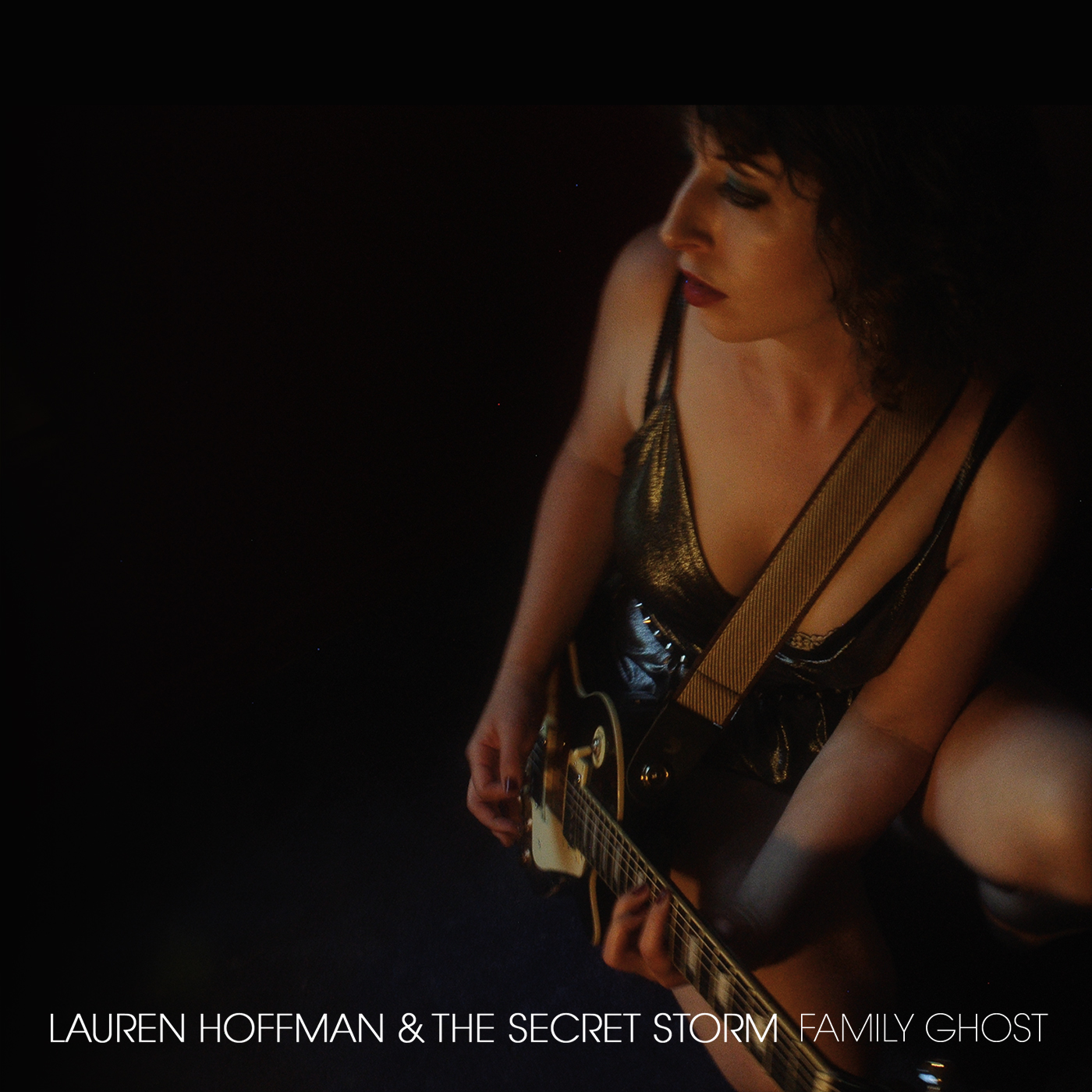 ‘Family Ghost’ is the debut release of Lauren Hoffman and The Secret Storm, it plays as an atmospheric stream touching upon the styling of indie, rock, blues, folk and more as it flows seamlessly through its playlist, each song as endearing and harmonious as the next; all with a much beauty as it has darkness through its stories it tells, provocative, emotive and most definitely thought provoking.

Opening up with ‘Don’t Look Back’, the sadness overwhelms in its sweet melodies, melancholic with a sense of beauty with thanks to Laurens soft voice complimented by the tracks overall darkness. It passes into a more traditional sounded song ‘Feel It All’, a more upbeat approach playing very much to the forte of lighter-rock but not without its shadows in the stringed melodies giving a great texture to the song.

‘Let the Waves Crash On Me’ and ‘Sick With Love’ play into the hands of the gentler side of music, less really makes for more and the stripped back approach gives room to paint your pictures the songs create for you like a good book. ‘Family Ghost’ sings of some of the darker places people can find themselves in, with a large expansive track that opens and builds amazingly well.

As the album continues on, the stream twists and turns with its gentle flows leading to crashing rocks of intense emotion, pulling on the heart strings of everyone willing to listen, with what would normally be considered unspoken subjects sung of, ‘Broken’ being a prime example of something that few speak of. ‘The Dragon’ follows with possibly the closest to anything wanting to give a heavier sound to the album, but very carefully pushing the limit to getting there without crossing the line. A tough and strong touch with nothing pushing over the line keeping that mystic darkness at bay. ‘Till it Lasts’ brings the journey to an end with an a feel of having learned from life mistakes, a very touching closer of a very touching album.

What Lauren Hoffman and The Secret Storm have created in ‘Family Ghost’ is an album that carries subjects and stories that people can all connect with, but seem to be unwilling to openly talk about with many, to be able to take those, put such a gentle and emotive approach on the music with it really shows the talent of all those musicians involved. It’s nice to hear of the stories in the songs, all seem to be brought to life like a dark cloud, but not without their silver linings, and its an approach I can’t see many other musicians doing as well as these. There can be beauty in almost anything, even in the darkest of tales, and this album really makes me want to believe that.

Family Ghost is out now via iTunes.