Alive And Dangerous… In London! 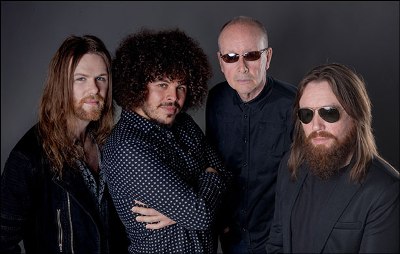 Following their successful concerts at Nell’s Jazz & Blues last November, Thin Lizzy drumming legend Brian Downey and his new band Alive And Dangerous will be  returning to perform there as part of the London Fleadh week.

The concert will take place on Saturday 10th February, and aside from Downey the band features Brian Grace (best known as the guitarist for The Commitments’ Andrew Strong), and former Low Rider members Matt Wilson (lead vocals, bass) and Phil Edgar (lead guitar), with special guests yet to be announced.

2018 celebrates the 40th Anniversary of the release of Thin Lizzy’s classic hit Live and Dangerous double album. Recorded live in 1977 at London’s Hammersmith Apollo and Toronto’s Seneca College, the songs live strong in the hearts of many to this day, and those attending the February 10th concert can look forward to hearing some of those again on the night.