GTR Classic – When the Heart Rules the Mind Reimagined 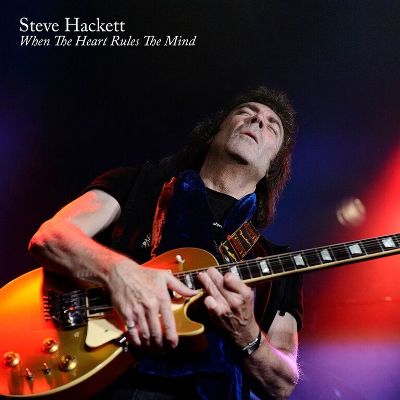 In 1985 progressive rock guitarists Steve Hackett and Steve Howe – of Genesis and Yes/Asia fame respectively – formed the AOR rock band GTR, who went on to record one album that hit No. 11 in the alubm charts and  went gold, tour North America and Europe in 1986, and a hit single in ‘When the Heart Rules the Mind’ that reached  No. 14 in the USa and stayed in the singles charts for 16 weeks. Now, Hackett has re-recorded that classic GTR single with Marillion guitarist Steve Rothery joining him on guitar.

“I always loved the track ‘When the Heart Rules the Mind’” commented Hackett. “I think it is the strongest thing Steve Howe and I wrote together and I always wanted to do a version where I would sing it myself with the use of today’s production techniques. I’m also very pleased to have my friend Steve Rothery on board doing additional guitar.”

With Rothery on board for this new version of the song, it continues to keep the song in the family, as it were, for former Marillion drummer Jonathan Mover was the drummer for GTR on the original versions.Fans might even get to see Hackett perform the track with Howe again, as the former has joined Yes’ Cruise To the Edge tour, ahead of his own North American one, while Rothery prepares for his forthcoming UK tour with Marillion.

‘When The Heart Rules The Mind’ is available on Spotify, Apple Music, iTunes, Amazon & all other digital services and you watch a video for it here at Ramzine.