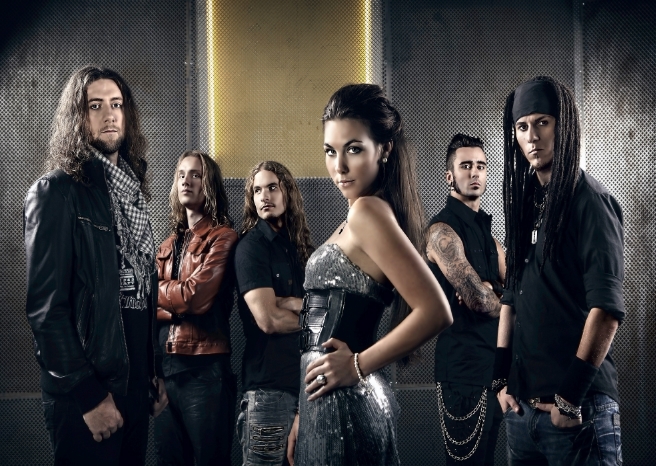 Amaranthe have revealed some UK dates and their new ‘growls’ vocalist.

The band will be joined by label mates Deals Death and Smash Into Pieces on all dates. Guitarist Olof Morck commented:

“At last, the time has arrived to announce our first headline tour of Europe!..We are very excited to bring a special, full-length set to our fans throughout the continent! This tour finally includes our first dates in the UK in support of ‘The Nexus’.”

The group have also revealed that Andy Solveström has decided to step down as a vocalist and is to be replaced by Henrik Englund Wilhelmsson. The band released the following statement:

“After careful consideration, Andy has chosen to step down as the ‘growl vocalist’ in Amaranthe. His reasons are personal and best expressed in his own words. However, the split is completely friendly – Andy has been a brother through the last two and a half years of craziness, since the release of our debut album, and he will always be a central part of the Amaranthe family – not to mention, a fantastic screamer! We wish him all the best with his future endeavours.

“But life goes on, and we are not planning to slow down, so… please welcome a new member to the family! Many of you have already seen and met Henrik Englund Wilhelmsson, who filled in for Andy on our latest European & American tours! Henrik has real stage presence, tons of charisma and a great voice, and he’s already showed that he’s up to the extremely high standards we always strive for with Amaranthe.”