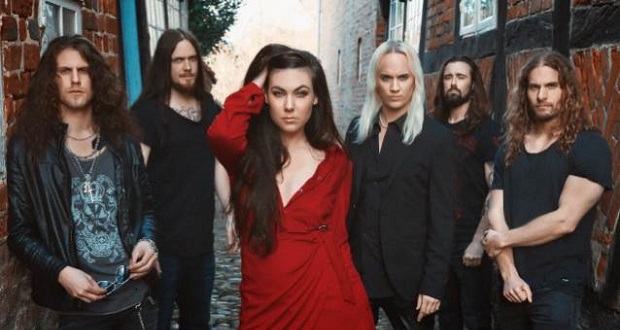 Swedish melodic metallers have finished their sixth studio album and have announced the release date will be August 28th, via Nuclear Blast.

This was revealed in a digital press conference over the weekend. Check out their track ‘Do or Die’. featuring Angela Gossow, below:

The band had this to say in the press conference:

“Our sixth album is now completely DONE! On Sunday, a few select members of the press and music industry professionals got the opportunity to hear our new effort, and the response was overwhelming, fanning our flames of excitement even further! We can now officially unveil that the album will be out on August 28th, and the entire AMARANTHE band and the team are smoldering with anticipation to unleash this monster upon an unsuspecting world – stay tuned for  the most monumental and accomplished AMARANTHE records to date!”

Check out our interview with Amaranthe vocalist, Elize Ryd, from Bloodstock 2018 – here.