Amigo The Devil reveals details on debut album ‘Everything Is Fine’ 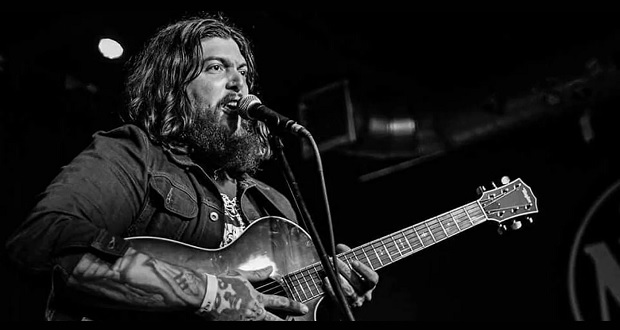 The debut album by singer-songwriter Amigo The Devil, entitled ‘Everything Is Fine’, will be released on October 19th.

The music of singer-songwriter Amigo The Devil is a unique blend of Folk that also incorporates elements of Southern Gothic, Country and Bluegrass. Initially influenced by the likes of Tom Waits, Nick Cave and Godspeed! You Black Emperor, the artist born as Danny Kiranos has a recognised sound that carries traces of US artists such as Americana string band Old Crow Medicine Show and singer-songwriters William Elliott Whitmore and Josh T Pearson, all topped off with often morbid lyrics shot through with a dark sense of humour.

Following a number of well-received single and EP releases, the debut album by Amigo The Devil, entitled ‘Everything Is Fine’, has been produced by Ross Robinson, renowned for his work with major league hard rock/metal acts such as (Korn, Limp Bizkit, Slipknot)

As for working with Robinson and Wilk, Kiranos explains that: “Ross allowed me to become and guided me towards being the best vessel I could be to filter these stories through. We sat there and accepted what wanted to come through, what wanted to be heard. It was the first process of recording that ever made complete sense with absolutely no filter or veil to compensate for the sounds. Recording in a studio untouched since the 70’s with all the original gear, straight to tape. Everything, recording, mixing, mastering, to tape! It was absolute and pure brutal honesty, what I’ve been trying to achieve since the start of this thing. Then Brad added his pulse to it and it felt like together we had given life to these stories that otherwise are sounds and lyrics filling space”.

Kiranos has amassed a sizeable following in the UK and will tour for the first time as Amigo The Devil in December. Despite being armed with only his voice and a banjo/acoustic guitar, his live show is a world away from what might be expected of a typical ‘folk’ show. Loaded with sing-alongs and a heavy dose of humour.