Amy Angel and the Hellraisers 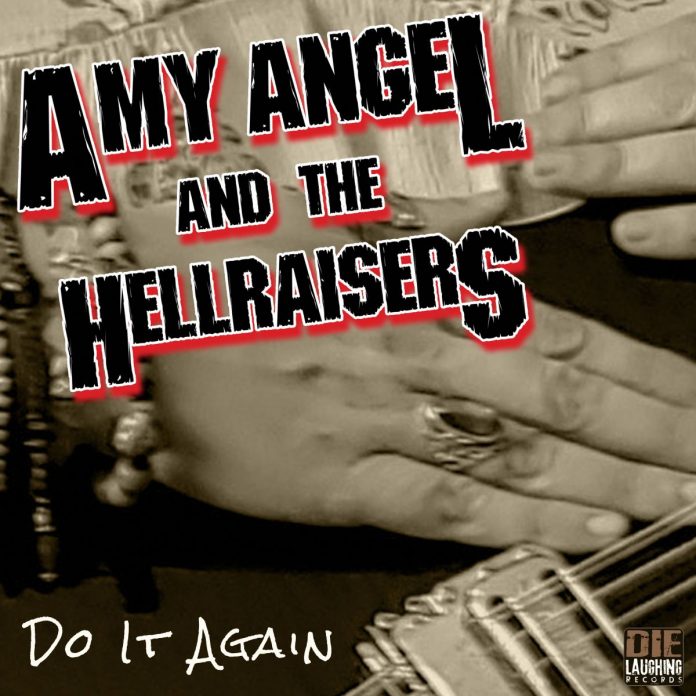 Amy Angel and the HellRaisers are straight out of the USA’s East Bay area and they’ll have you kickin’ up your heels with their brand of cow punk!

At the tail-end of last year they released Do It Again, an album that mixed country, punk, and psychobilly via Die Laughing Records. Considered catchy and upbeat while delivering a fresh yet nostalgic feeling, they’ve followed it up with something of a departure in new single ‘Why?’

‘Why?’ delves into an emotional space, after watching one of the most prominent events in recent history when on January 6th band members turned on the news and watched the attack on the U.S.A’s Capitol. The next morning they came up with this song that asks people why they insist on believing the lies they’re told, even at the expense of others’ lives.

Whilst their signature sound still cuts through in parts, ‘Why?’ opens up a new musical direction for the band – one that shows vulnerability in reaction to the madness that occurred. You can check out the video for it here at RAMzine.

Amy Angel and the HellRaisers began with a phone conversation between two long-time friends. Don Lamb had come up with some lyrics and was wondering if he could count on his old band mate Tony Lourenco for the music. Tony and his wife, Amy, got busy and the rest is history.

They got the band together with Amy on vocals; Tony on guitar; Don and Aaron Madsen sharing bass duty; and Mario Areias on drums. Aaron started recording at Amy and Tony’s Bay Area home during the summer of 2017. This album is the culmination of the creative collaboration of a group of friends who have one thing in common: the love of making music.   In the early 80s, a 14-year-old Amy Angel saw Mary Monday perform, and that started her singing and she’s never stopped.  Her family moved to the country when she was 16 but performing with a band never left her dreams.  Amy plays piano, guitar, keyboards and a mean triangle!  Her influences range from Gregory Porter, Cécile McLorin Salvant, Thelonius Monk and Ella Fitzgerald to name just a few.

Tony Sinsinatty’s influences range from the classics (Buck Owens and Dwight Yoakum) to the contemporary (The Paladins) to the ultra-current (The Hellflowers).  Back in the 70s, he formed The Street Punks with Don Lamb, in the first wave of punk that also included Crime, The Avengers and The Mutants and the Street Punks and played the Mabuhay Gardens, The Palms, On Broadway etc.  Tony provided backups and recorded with Mary Monday and he’s often played in bands with his brother, Mike Tringali (The Next with Jimmy Crucifix).

Don Lamb is a notable SF Bay Area musician who started playing bass in 1965.  As a teenager, he shared stages with The Yardbirds featuring Jimmy Page (Led Zeppelin)!  During his stint in Vietnam, Don formed Cornerstone and played shows with Eddie Money, Elvin Bishop, Journey and many others.  He formed The Street Punks in 1976 with Tony Lourenco, Rick Clare (Times Five/415 Records) and Kenny Cimino.  They were among the earliest East Bay punk bands and opened for The Damned at the Mab!

You can stream/buy Do It Again here and listen to the tracks ‘Party Night Across The USA’ here and ‘She Likes It Fast’ here, and new single ‘Why?’ here.