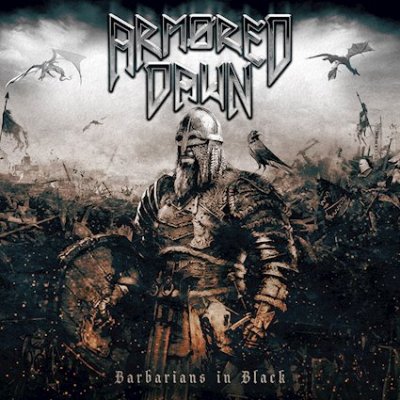 In 2016, their debut album Power Of Warrior  a major stir in South America, where they also played shows with Megadeth, Symphony X, Rhapsody, Fates Warning and Sabaton and received an enthusiastic response. Internationally the group began to be acknowledged for their homogeneous stylistic mix of Iron Maiden style epic grandness in the manner of Iron Maiden, virtuoso style techniques and a close affinity to Brazilian metal culture in the tradition of Angra and Shaman.

Closer to these shores Armored Dawn toured European with Saxon, though ironically their own music frequently features lyrics about Nordic mythology, with tracks such as ‘Men Of Odin’ and as vocalist Eduardo Parras commented: “Although we often sing about war and battles, our messages are always positive.”

The rest of the band are Timo Kaarkoski and, Tiago de Moura (guitars), Fernando Giovannetti  (bass), Rafael Agostino (keyboards) and Rodrigo Oliveira (drums) and all were actively involved in the video filmed in Sao Paulo for the album’s first single, ‘Sail Away’.  “Every band member had to play a small part,” said Parras tongue-in-cheek: “Which was a major challenge for us despite the fun we had. But the best performance was delivered by the eagle, Darwin, who stars in the video.”

Barbarians In Black was produced by Kato Khandwala and Bruno Agra at Dharma Studios, and  mixed and mastered by Seeb Levermann (Orden Ogan, Rhapsody Of Fire, Almanac) – With him being Armored Dawn’s favoured candidate for the job. “Our target was a strong sound that’s heavy, tender and melodic in one,” said Parras. “We’re all heavily into Seeb’s band Orden Ogan and knew that we would get the sound we had in mind. The result really is fantastic.”

Barbarians In Black  will be released through AFM Records, featuring cover artwork by Joao Duarte. 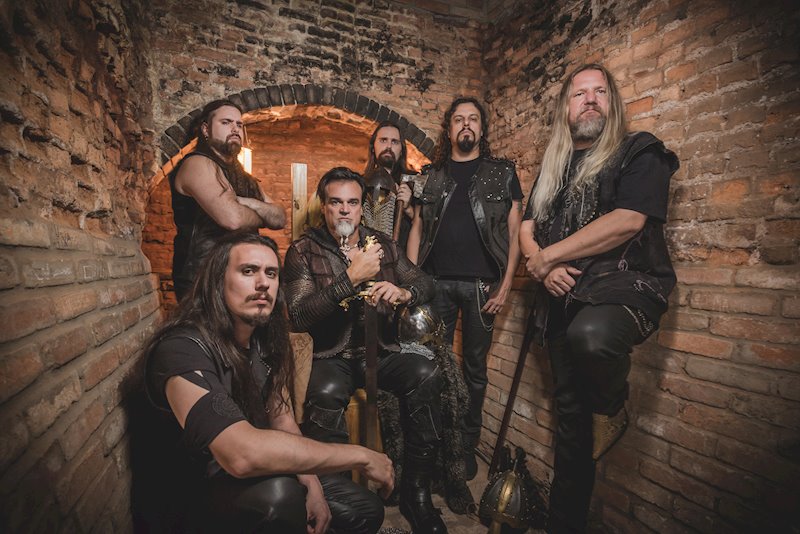