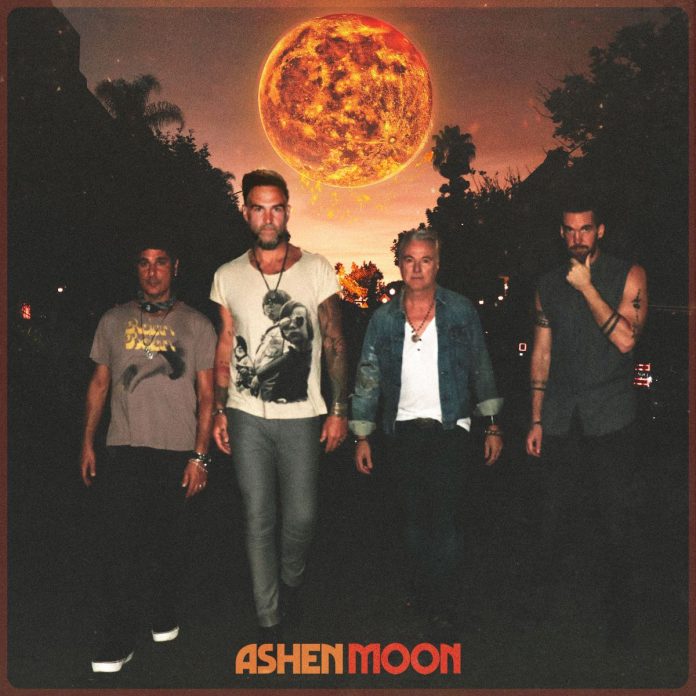 Powerhouse rock band AshenMoon follow through on the success of last year’s Umbra 1 EP with a new single, riffing on the band’s name as ‘Ashen Moon’ will be released on all digital platforms as of 12th April, through Golden Robot Records.

The track ‘Ashen Moon’ describes the moment the band witnessed a full moon reflection during the San Fernando Valley bushfires as they ravaged Los Angeles. In the aftermath of fire and a new moon comes rebirth, discovery and youth, thus also how the band’s name came about.

AshenMoon’s full length album is due to be released by Golden Robot Records, co-produced by Beers and Rand, mixed by Grammy award winner David Reitzas and mastered by Howie Weinberg (Jeff Buckley).

Garry Beers, may have sold over 50 million in worldwide album sales with INXS but isn’t resting on past laurels, commenting: “Not since my days with INXS have I felt more connected to music,” adding, “We made this record from the heart and pay homage to all the great rock bands and artists that have inspired us to devote our lives to music.”