Following their signing with ITB, Norwich five-piece rock band Bad Touch has gone into their studio record to record their fourth album but during the interim announced dates for a new UK tour to take place next March/April.

The 12-date tour opens in their hometown and travels the length and breadth of Great Britain. Special guests will be Cannock’s Piston whose recent Christmas video for ‘Mama Weer All Crazee Now’ features appearances from Bad Touch among others.

Expect the new record out sometime in 2020,in the meantime tickets will be available for Bad Touch’s UK from Wednesday 18th December by clicking here. 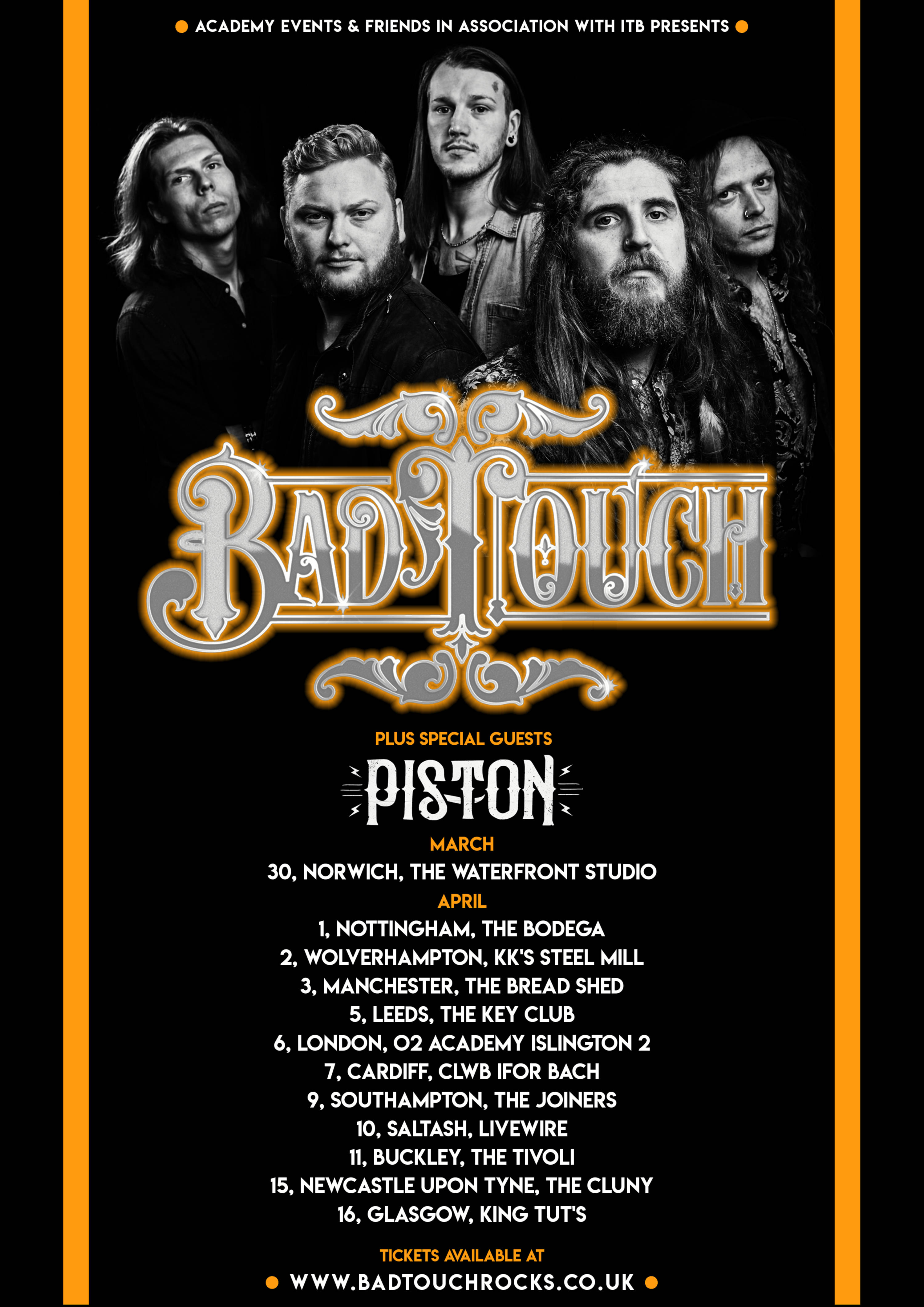 Share
Facebook
Twitter
Pinterest
Linkedin
Email
Print
Mix
Previous articleBellevue Days Crosses Into the Caverns of the Mind in Debut, It Can’t Possibly Go Wrong Ever
Next articleThe Allman Betts Band – Down To The River