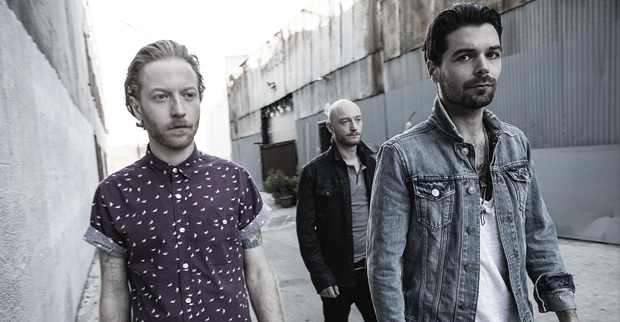 Reading and Leeds have announced the final headliners of the weekend as a co-headline from Biffy Clyro and Fall Out Boy.

Melvin Benn (promoter of Reading and Leeds Festival), commented: “This year really is a big one for Reading and Leeds. Five headliners across three days – it’s a first for us and the UK Festival scene. We’re always looking to give Reading and Leeds fans something new and this year isn’t going to disappoint. Biffy Clyro and Fall Out Boy are going to be incredible.”

Lower Than Atlantis leader Mike Duce said: “I’m pretty sure I’ve said this before but it’s because I mean it! It’s such an honour to be asked to play R&L, let alone the main stage! And so high up the bill! This means business. It’s really time to step up our game!”

Speaking about their Main Stage appearance this year, Skindred frontman Benji Webbe said: “You will see a lot of bands at Reading & Leeds Festival but there’s nothing that will come close to the energy that Skindred will deliver and the vibes that will be rocking through the festival when we hit the stage! A performance not to be missed, we come in peace but we will leave you in pieces.”

FVK co-frontman Kier Kemp commented: “Well then here’s another one for the bucket list! Some of our fondest festival memories are from Reading Festival, and to think we’ll be gracing those stages this year is unreal. I guess all I can say is thanks to everyone that’s got us here. Yay!”

Creeper said: “We are incredibly excited to be playing Reading and Leeds festival this year. Members of our band have been attending these festivals since we were kids, it is an incredible honour to have been asked to play and we promise a very special show.”

Unmissable and unmistakable, Reading & Leeds Festivals 2016 stands as the lineup of the summer.