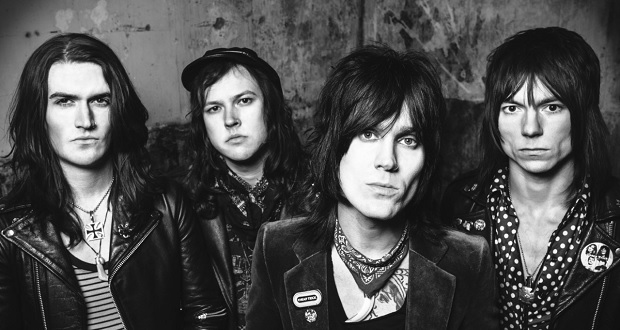 And that’s the bottom line…

Not to be confused with an intense admiration for a 90s wrestler – ‘Stone Cold Love’ is the new track and video from Atlanta rock ‘ n roll punks, Biters.

Taken from their new album The Future Ain’t What It Used To Be, the video is directed by long-time collaborator Video Rahim. Check out ‘Stone Cold Love’ below

You may have spotted BITERS supporting Blackberry Smoke recently, or even on the Kerrang! Tour in 2016 with Sum 41.

Frontman Tuk had this to say about the video:

“I sat down with my buddy Scott (Stevens) to write a tune.  We sat for hours trying to come up with something that felt perfect, but were hitting a dead end.  We said ‘fuck it’ and went to his local hang out, ate some cornbread, drank a few beers and talked about music.  We spoke about T Rex, Queen and Slade, shit like that, how cool those big drum grooves were.  Right then a light bulb went off and we headed back to studio with a fresh start and within hours finished writing the song, demoed it and tracked lead vocals!  I was so fucking delirious I couldn’t tell if it was good or not.  A few weeks later, Scott sent me the finished demo while I was on tour in Kansas. I remember cranking it in the van outside of this fake old wild west town and thinking ,”Goddamn, this is so good!”

The album The Future Ain’t What It Used To Be by BITERS is out now, available on vinyl and various other formats here