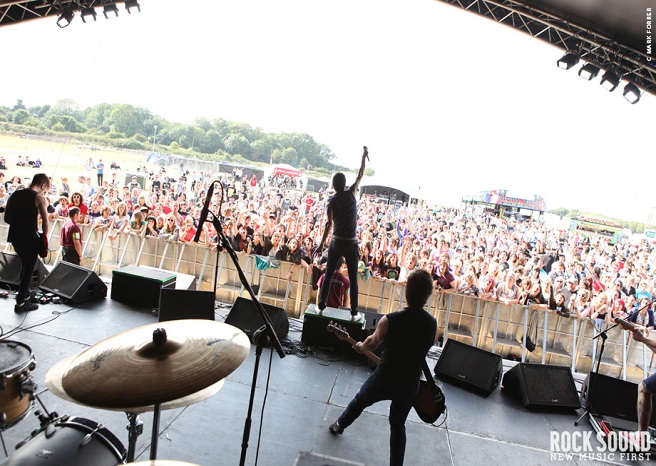 Listen up punk fans! Be prepared for your tattooed, studded, green mohican, anarchy loving hearts to be filled with an abnormally grandiose amount of joy!
Hevy festival announced yesterday on their website, that seeing as this summer marks their 5th birthday, they’d make the effort to go just that little bit further and make Hevy Fest 2013 just plain epic.
They announced today that none other than the legendary ground breaking punk band Black Flag had reformed and not only have they reformed, they’re playing the festival too! Now do we have your attention?
This is an event that is not to be missed if you consider yourself to be a die hard punk fan. Why? Well, because come on it’s Black Flag, they haven’t played in the UK for about 30 years but also because sadly this is the one and only UK date they’ll play in 2013.
Now, do yourself a favour. Don’t put yourself in the situation where the festival’s been and gone, the highlights will make you sick with jealousy, all your mates who’ll have seen it will be talking about it and you’re kicking yourself. Get involved!
Hevy Festival runs form the 2nd to the 4th of August at Port Lympne Wild Animal Park in Kent. Early bird tickets are available up until the end of January at £89 a pop but otherwise weekend camping tickets are £99. Sweet.