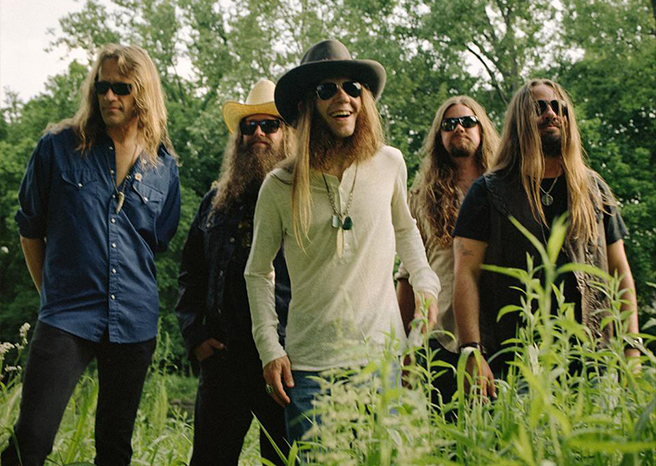 Atlanta, Georgia southern rockers Blackberry Smoke are releasing their latest album, The Whippoorwill, in Europe with three exclusive bonus tracks that will not be available anywhere else.

Described as “Southern rock with a taste of outlaw country” The Whippoorwill (3 Bonus Track UK/EU Edition) can be pre-ordered on digipak CD and limited edition coloured vinyl LP.  Plus, for those super-fans and collectors, there’s a very limited deluxe pine box set, hand-stencilled by the band members themselves and including a signed copy of the album on exclusive white vinyl, an album cover T-shirt, Blackberry Smoke playing cards and two Blackberry Smoke shot glasses – Pretty much everything you need to party, southern style!

To order physical copies visit: www.earache.com/bbs or should you prefer a digital option, The Whippoorwill is available on iTunes, with the three CD/LP bonus tracks plus an extra two exclusive tracks. For more information visit: http://bit.ly/bbsitunes

Check out Blackberry Smoke’s new music video for Shakin’ Hands With the Holy Ghost by clicking on the link below:

Blackberry Smoke are heading to Europe in support of the release of The Whippoorwill (3 Bonus Track UK/EU Edition) and will be playing the following dates:

Previous: Hammerfest add another 17 bands to conclude this year’s Book of The Dead
Next: Palehound Reveal Release Date For New Single