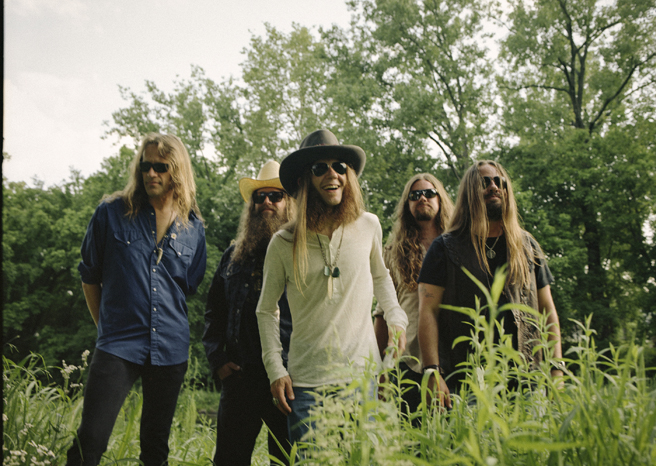 Southern rockers Blackberry Smoke are renowned road dogs, playing up to 250 shows a year and now they’re delivering a show you can watch in your very own living room… and listen to until the cows come home by releasing ‘Leave a Scar: Live in North Carolina‘ on August 18th.

The album is available to pre-order now on double CD, featuring 22 tracks spread across two discs and is accompanied by a bonus 18 track DVD stuffed with extras, including interviews and exclusive behind-the-scenes footage. 22 track double vinyl versions are available in a range of limited edition colours exclusively from Earache Records’ webstore and if you pre-order it on iTunes you get three free-in-advance tracks: ‘Six Ways to Sunday’ and ‘Shake Your Magnolia’ and ‘Lesson in a Bottle’.

You can see Blackberry Smoke live yourself later in the year when they kick-off their European tour by playing at the following UK venues: