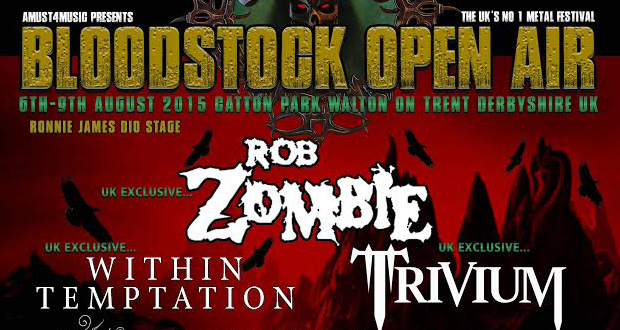 The Thursday night party line-up for Bloodstock 2015 has been revealed.

Arnold Schwarzenegger themed act Arnocorps will be headlining the Sophie Lancaster stage on the night. The band said:

“We’re so pumped to be bringing our action adventure, audio assault to the ballsiest of all metal festivals!  As far back as our first UK tour in ‘06, our fans have prayed each and every year for Arnocorps to perform at Bloodstock.  Finally Crom has listened!  On Thursday night, all attendees will gain unprecedented muscle mass as they become goddamn heroes and sheroes!!  GO!!!”

Joining them will be Reign Of Fury, Metaprism, Desecration and Red Rum. Organisers have also said that the Thursday night fancy-dress theme will be announced soon.

Bloodstock 2015 takes place from August 6th – 9th with headliners Trivium, Within Temptation and Rob Zombie. Check out the trailer below!