Yes! You read that correctly! The final headliners for Bloodstock Open Air 2020 have been announced as heavy metal pioneers Judas Priest, and modern metal maestros Behemoth.

2020 marks 20 years for Bloodstock as a festival, and 50 years for Judas Priest as a band.  Frontman Rob Halford had this special message for fans (see video below):

So Priest are headlining Sunday night, Polish extreme metal mob Behemoth will be headlining the Saturday.

Charismatic frontman Nergal had this to say:

“BLOODSTOCK! The hallowed lands of Catton Park will once again host our Fiendish Festivities. This is BEHEMOTH’s first UK festival headline and that will be celebrated in the only way we know how; Hell will be raised, blood will be shed, and magick will descend! We shall see you there Legions!” 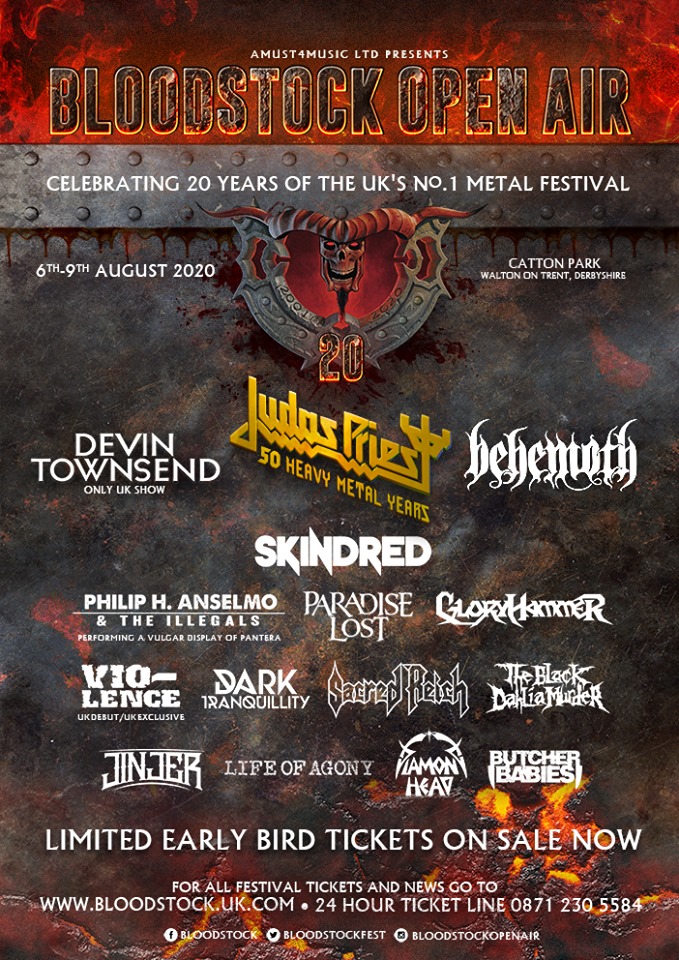