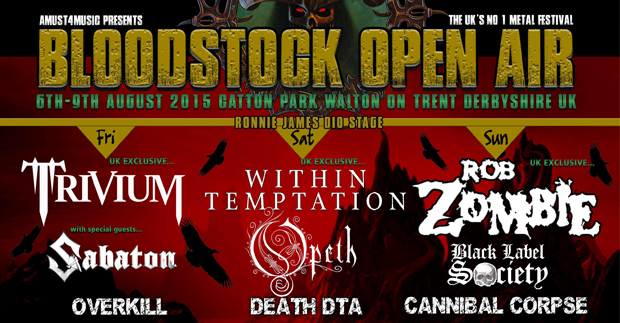 Festival season has started, but Bloodstock still has a few more little announcements to keep our appetites wet.

There is also a new batch of exciting new acts announced for the Jagermeister stage. Instrumental djent trio The Parallax Method join the festival, 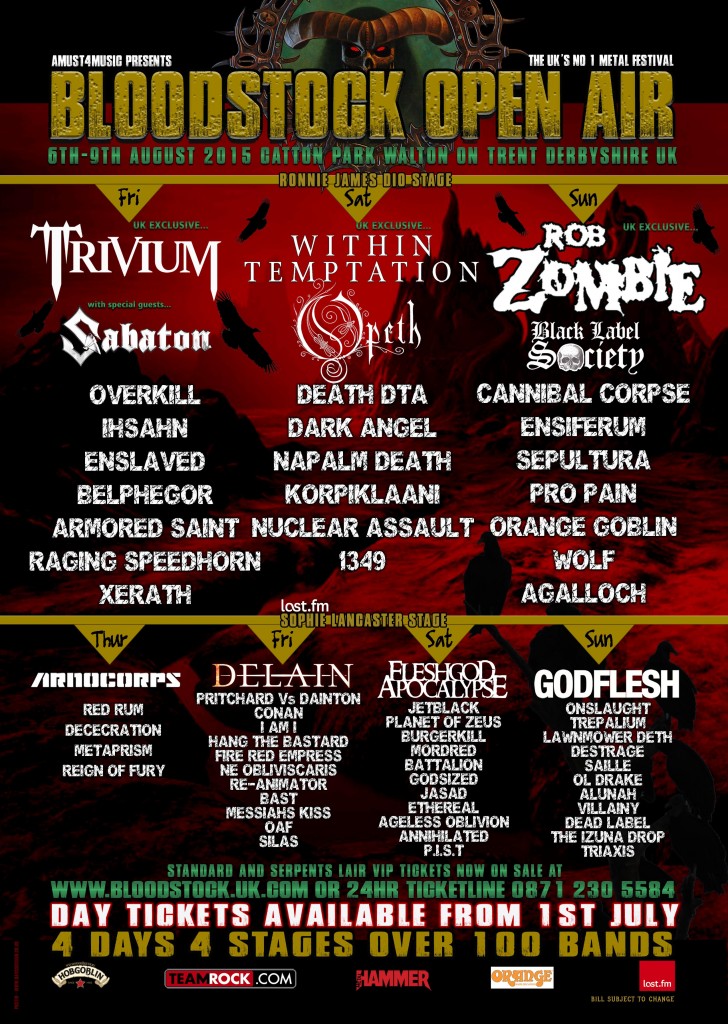 Tickets for Bloodstock are available via the 24hr ticketline at 0871 230 5584 or online at http://bloodstock.seetickets.com/event/bloodstock-2015/catton-park/809956, priced at the very reasonable £135 (plus booking fee) for a four-day Thursday through Sunday weekend ticket with camping. VIP packages and upgrades are also available, plus pre-booked car parking pitches.

Dane Pavitt
Based in sunny Stoke-on-Trent, lover of music, movies, science, cider, and DJ at Blastwave, one of the UK's only regular extreme metal clubnights