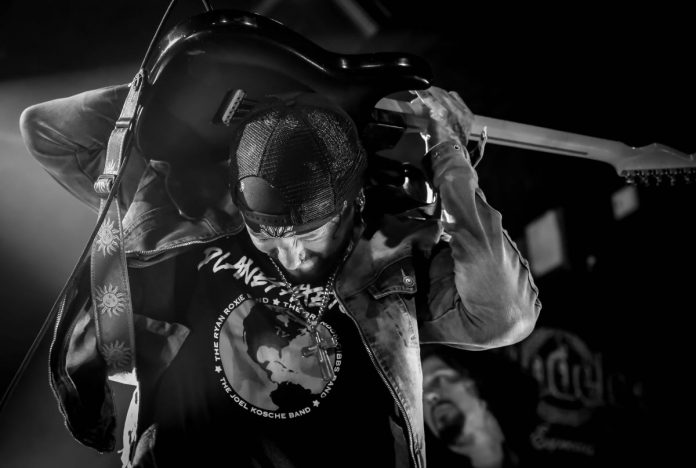 A guitar player with a soulful voice, Brandon Gibbs‘ work tends to obscure genres, but in the past, he was part of Cheap Thrill (featuring members of the multi-platinum band Cinderella) for two years, and also Devil City Angels where he was joined by Rikki Rockett (Poison), Tracii Guns (L. A. Guns), and Eric Brittingham (Cinderella).

In April 2019, Gibbs signed his first deal as a solo artist and has steadily been releasing singles through Golden Robot Records. Previous outings ‘Rain Whiskey’ can be streamed by clicking here, and ‘Leave’ by clicking here and ‘Lost Boys will become available as of 8th March

“Lost Boys is a song for the people,” said Gibbs. “As an artist, it’s my job to put feelings into words and song. 2020 was like living in a nightmare for millions upon millions. From wildfires, a global pandemic, riots, a derecho, loss of so many lives, people not even having a chance to say final goodbyes properly, shut-downs, loss of employment, closed businesses, stages for the arts being closed down and the one thing that brings us together like music events being prohibited…

“We all collectively got hit so many times that one can’t help but feel empty and lost. I won’t ever forget it and we all have long-lasting scars from it. Sink into the lyrics as this isn’t about the good times rolling, this is about being so vulnerable you can’t help but scream it out loud! “I don’t want to be a lost boy again!”

You can pre-save/order ‘Lost Boys’ here and watch the video here at RAMzine.

Performing since the age of 14, as The Gibbs Brothers Band, alongside his twin brother, for ten years they continue to write and record together. Their reputation for harmonies, instrumentation, and pure entertainment led to them appearing on shows headlined by the likes of The Doobie Brothers, Poison, REO Speedwagon and Foreigner.

The Gibbs Brothers Band wrote ‘All My People’ was featured in the State Farm segment on the 2014 Monday Night Football Countdown, while his song, ‘This Town‘, was picked up by the John Force Racing Team and eventually used for ESPN’s NHRA division for three consecutive seasons.

Alongside his current solo career, Gibbs has been part of the guitar-driven show called Planet Axe, and alongside Joel Hoekstra (Whitesnake, Cher, TSO) performs acoustically under The Campfire Tour banner.