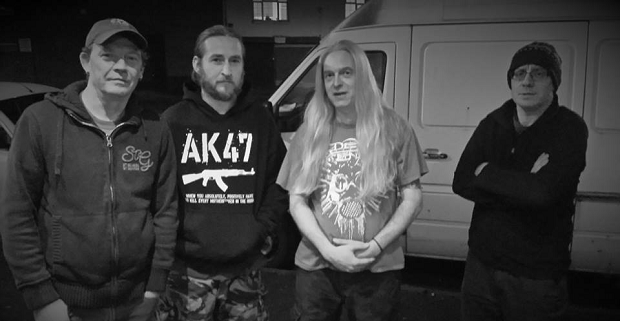 Deep in the heart of Birmingham stirs a new force in the British death metal scene has come about as they set to take up arms and make everyone stand to attention in Memoriam.

Starting up in January of this year, the machine grinds away in the rehearsal studio and have already listed titles of songs being worked on. ‘Memoriam’, ‘War Rages On’, ‘Surrounded (by Death)’ and ‘Resistance’, which going on titles alone, gives a certain expectation of what subjects the music is all about and promises no compromise with its old school death metal roots.

With an aim to bring their war to the stage, you can keep up to date with everything Memoriam on their new facebook page: https://www.facebook.com/Memoriam2016/ while we will keep close eyes on them and keep you updated on all things Memoriam as and when we have it.