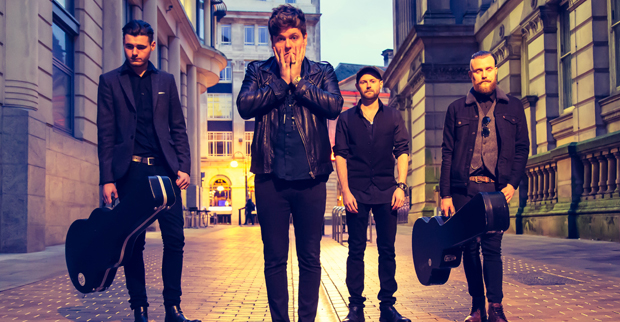 Brummie quartet Broken Witt Rebels have just announced they will be releasing their new EP in April!
Titled Georgia Pine, the EP consists of 5 tracks including their title track, ‘Low,’ which is released on February 26th.

This EP was produced by Tom Gittins -who has worked with the likes of rock royalty such as Robert Plant.

“…an amazing vocal talent in the tradition of Steve Marriot and Joe Cocker – a distinctive heart-wrenching vocal style that’s steeped deep within the inner core of blues and soul.”

The EP release coincides with the announcement that Broken Witt Rebels will be touring the UK this spring, on their own tour in April and as support for American musician, Bradley Gilbert in May.

Check out their track ‘Shake Me Down’ below:

All the dates for the tour are as follows:

The album can be pre-ordered now from brokenwittrebels.com

Lindsey Gray
A Geordie lass with a love for Jeffrey Campbell’s, Japanese rock bands and all things anime. I am pretty much made up of 50% pasta, 30% rum and 20% glitter and rock ‘n roll. Otters will rule the world one day.