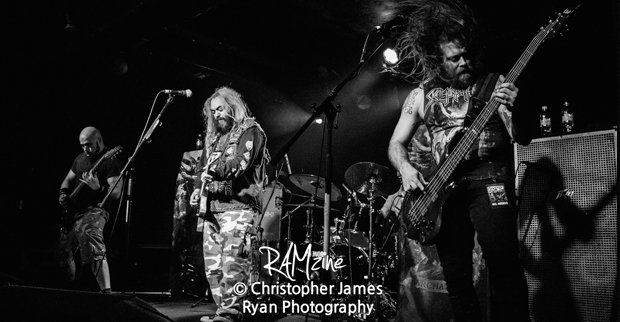 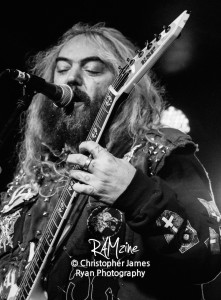 Darkness falls onto the crowd that’s when we knew the metal gods had arrived! Screams of excitement and anticipation fill the air while a musical intro gets the crowd riled! The lights come back on and they walk out with their heads held high, their faces filled with pride! You could tell these men where ready to put on one hell of a show!

They start their set with a track of their new album Archangel; ‘We Sold our Souls to Metal’ the crowd goes wild! “Yeaaaaah, scream mother fuckers” Max Cavalera (lead singer) yells at the crowd. Which causes the crowd to roar eagerly wanting more! They flew straight into their next track ‘Archangel’ which was another new track. Showing us that they have defiantly stepped out of Sepultura’s shadow! 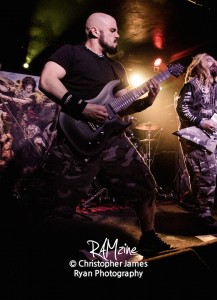 Of course tonight’s show has a mix of classic tracks along with new ones. Sick heavy drums followed with amazing riffs that filled air “Blood, Fire, War, Hate” – The crowd were cheering with their fists high in the air! “Come on Manchester let’s go,” the crowd continued to cheer as they played into their next song ‘Refuse/ Resist’ (a Sepultura cover) the crowd begins to go mental!! Everyone was head banging! “Fuck yeeaaah,” Max shouts out into the crowd! The fans just couldn’t get enough!

This was followed by one of Soulflys well know tracks ‘Prophecy’ (one of my personal favourite). Everyone was bouncing around as Max got everyone chanting with him, “This is the prophecy!! X3,” he shouts out to the crowd, “Louder!”  The chanting becomes more intensified! The mosh pits where brutal! Bodies and hair flying everywhere! As if that wasn’t enough, “Seek ‘N Strike,” sends the crowd into frenzy!! Max shouts out yet again – “Everybody get the fuck up!!” and “JUMP, JUMP, JUMP!!” This song was defiantly a crowed pleaser. 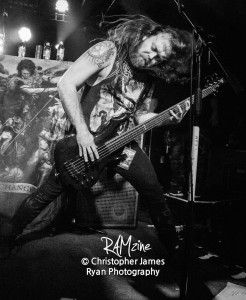 The next song was ‘Tribe’, “ Manchester Tribe, put your fucking hands in the sky”. This song started off heavy then completely change the atmosphere with a laid back gritty soul feel to it. Which had everyone dancing. Then back to the heavy shit where he had the crowd chanting again with hum. Next track ‘Babylon’ followed which had everyone singing along, “On and on and on and on… Inna Babylon”.

We then get to the last song of the night (or so we thought) ‘Roots‘. This was one hell of a song and a perfect way to end the night. The crowd lapped it up.“Hey Manchester. How’re you feeling?” The crowd screams! “HOW’RE YOU FEELING!” He says then asks the crowd to shout out “Shit Yeah!” as he shouts out the name of the support acts, as a way of saying Thank You. 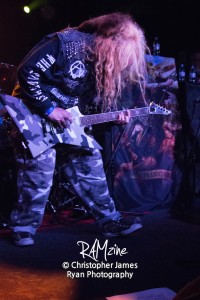 Next thing we’re thrown straight into another song chant “Put your hands up OI OI OI”. The crowd responds “OI OI OI!” X10! “Thank you very much!! Manchester! Do you guys want some more shit? You have to scream for it! Everybody scream!”

The crowd screams and then he asked “What do you guys want to hear? You want to hear something fast? Something from the dark ages? Frontline!!” An amazing track then followed by ‘Jumpthefuck’ with ‘Eye For An Eye’ mashed up, nicely done!

“Olay Olay Olay, Soulfly, Soufly” x4 as the crowd and the band yell along together they near their last moments of performance. “Scream for me Manchester, one last time, scream for me!” with that the crowd goes nuts and a sick riff solo of ‘The Trooper’ from Iron Maiden is played. A surprising yet fun way to end the show.

Fans comments; David from Middleton: “I think their set list was incredible! They where tight on there songs and Max Cavalier still kicks arse. I would love to see them again. It was grate fun.”

Lovely Random Fan: He loves Soulfly! He lives, eats and breathes them! In his own words he told us that Max was God (well second god). He also told me he had walked out of his Job to come and watch them play, as he couldn’t get the time off work! He has supported them for many years and can’t express how much he loves them. They are magnificent live and they will always be his favourite band! 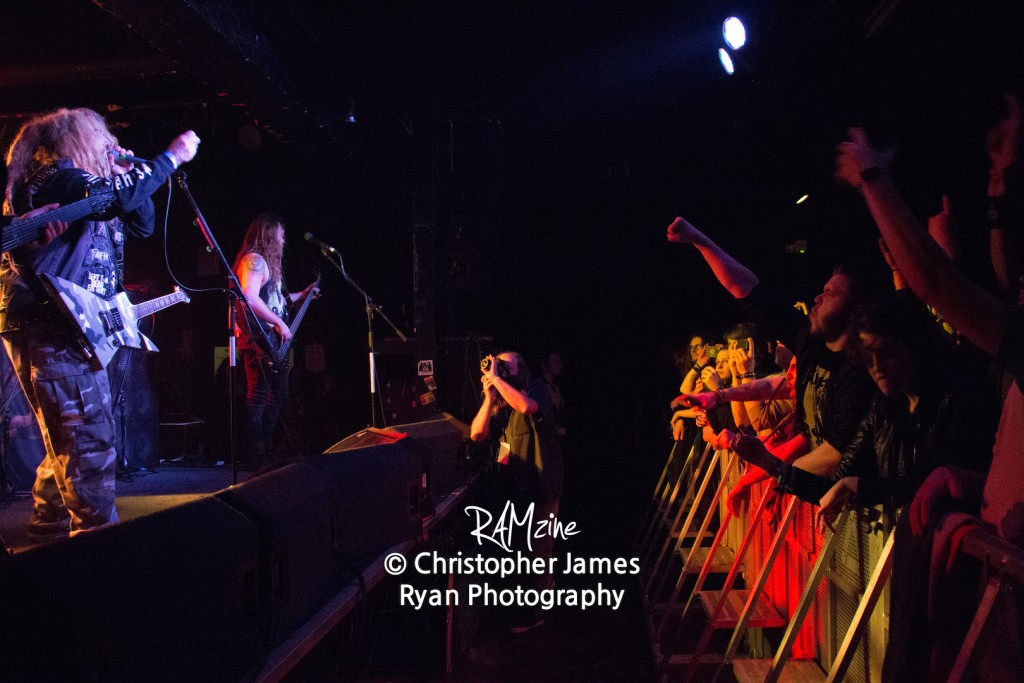