Budgie… Lay it on Thick! 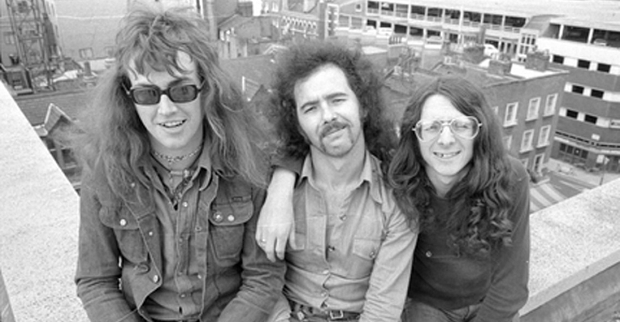 If I Were Briannia I’d Waive The Rules and Impeckable were the last two albums to feature co-founder guitarist Tony Bourge (Myf Issac added second guitar love on tours including the final Hide Your Pussy UK one featuring Bourge). The band not releasing albums during the period former Trapeze guitarist Rob Kendricks played with them but continuing their relationship with the Midlands by replacing him with Big John Thomas (as he was known during his days playing with the George Hatcher Band) for the popular Power Supply, Nightflight and Deliver Us From Evil.

Influential on both the British New Wave of Heavy Metal and Bay area trash metal alike, with cover versions of their songs recorded by Metallica and even played live by the original Van Halen when they started.

The records can be ordered direct from Budgie’s website. All orders received before the 31st October will be signed.