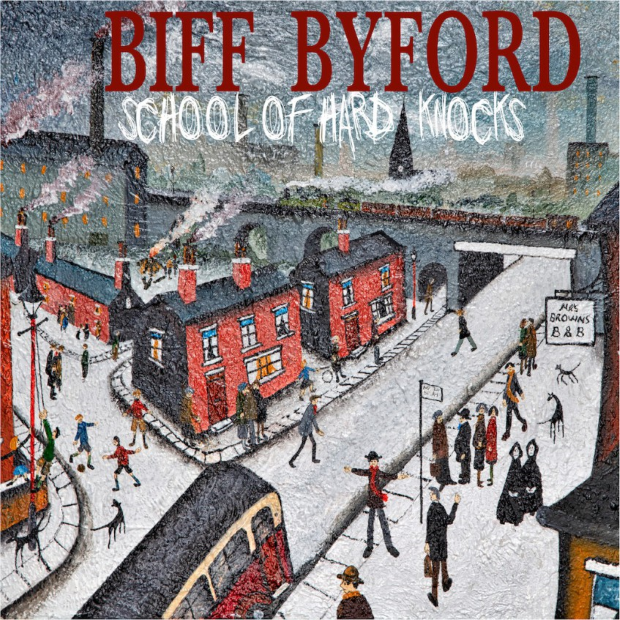 Biff Byford has released the second single and title track from his debut solo album, School of Hard Knocks.

The Saxon front man has also released a video to accompany the single, wherein he relates the experiences of growing up in a Northern working-class background and the choices he made to climb rock’s ladder towards fame and glory.

Visually we move from Byford singing in grim alley environments to him in the studio with the singer playing guitar! There’s also practically a visual crib sheet on how to play the song on bass from fellow Saxon member Nibs Carter, and a cameo from Phil Campbell (Motörhead/Phil Campbell & The Bastard Sons) soloing away.

A strong no-bull hard rocker, more than worth a listen.

The School of Hard Knocks album itself comes out on 21st February from Silver Lining Music. For more about it at RAMzine click here.