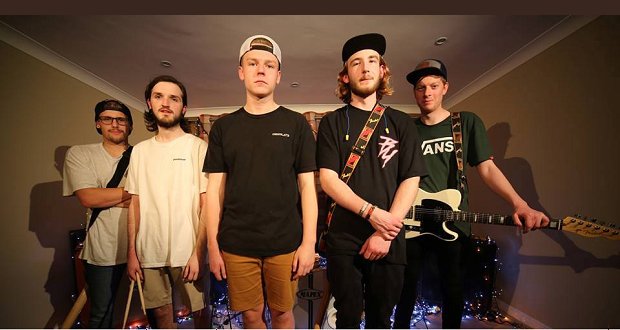 Catch Fire, the pop punk Nottinghamshire four-piece have released their new single ‘Anaesthetic‘ taken from their recently released EP ‘The Distance I Am From You’. Along with the single release also comes an energetic live footage video.

Formed earlier this year from the remains of former local band Layby, and releasing their EP in February through Rude Records, guitarist Tim Bell spoke of the new single and EP:“Anaesthetic is the first song we ever wrote as a band, and it’s the one that we all get stuck in our heads and sing in the shower”. In regards to the EP:“We have a burning desire to write and play music. It’s really as simple as that. I don’t think any of us can see ourselves doing anything other than this.”

With the release of such a strong EP, and both singles ‘Bad Behaviour’ and ‘Anaesthetic’, the band look set to sit back comfortably as the fire takes hold, such is the infectiousness of the release. Just to make sure the fire is well and truly caught, the band are set on hitting the road in the UK at the start of April where no doubt the crowds will lap up the sound of Catch Fire no questions asked.

Catch Fires debut EP ‘The Distance I Am From You’ was released early February and can be bought via the follow links:

For more information and to keep up with the band, visit: