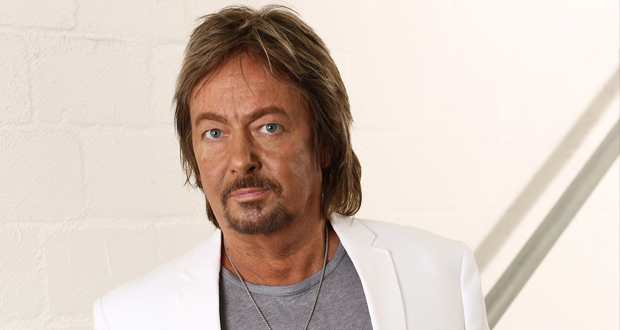 40 years after launching his career with former band Smokie, Chris Norman returns with a brand new solo album: Covering a wide range of influences, genres and styles, Crossover will be released on September 18th through Solo Sound Records (and distributed by Absolute).

“The title just seemed appropriate because of the variety of styles of the songs, which cross from one genre to another,” said Norman of the album. 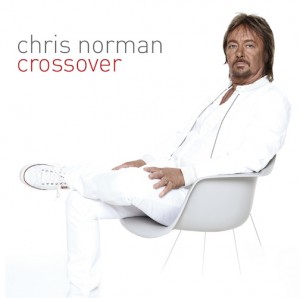 The Yorkshire-born singer and songwriter, who launched his successful solo career with the single ‘Midnight Lady’ back in 1986, has recorded 12 tracks for Crossover, with album opener ‘Waiting’ serving as the first single (available worldwide online on iTunes, Amazon etc), and a remix of ‘Forty Years On’ a number he wrote exclusively for the recent 40th Anniversary release Smokie Gold 1975-2015 as a bonus track.

Born into a show business family going back two generations, Chris Norman fell in love with music at a very young age: at only three years old he decided to walk on stage and join the finale line up for a show his parents were appearing in. Four years later, aged seven, he got his first guitar, and at 11, Chris started at St. Bede’s Grammar School in Bradford where he met Alan Silson and Terry Uttley – the future members of Smokie, with Pete Spencer completed the line-up in 1973.  From 1975 Smokie dominated the charts in UK and various other countries, becoming referred to as “the British Eagles” as they developed a country rock approach that produced them a string of hit singles, including ‘If You Think You Know How To Love Me’, ‘Living Next Door To Alice’, ‘Mexican Girl’, ‘It´s Your Life’ and ‘Lay Back In The Arms Of Someone’ .

Having first tasted success outside the group with ‘Stumblin’ (a duet he recorded with Suzi Quatro in 1978), Norman left Smokie in 1986 and launched his solo career with the single ‘Midnight Lady’ that was featured in a popular German TV movie, held the number one spot there for six weeks and also became a massive hit throughout Europe. Receiving an International Video Star of the Year award from CMT Europe in 1994, Chris Norman continued to release countless hits, including ‘No Arms Can Ever Hold You’ (1988) and ‘Amazing’ (2004) – making him one of the few artists on YouTube whose videos have exceeded 10 million views per clip.

With Time Traveller released in 2011 and There And Back in 2013, the two-yearly gap continues with the timely release of Crossover arrives, having written the album over a period of five months. “I decided not to follow any kind of style and just worked on any song I came up with no matter what direction. I took no notice if it was rock or country or whatever, the only thing I went by was if it was a good song and I felt it suited my voice,” said Norman of the album that he tour in support of, starting in Germany this November.