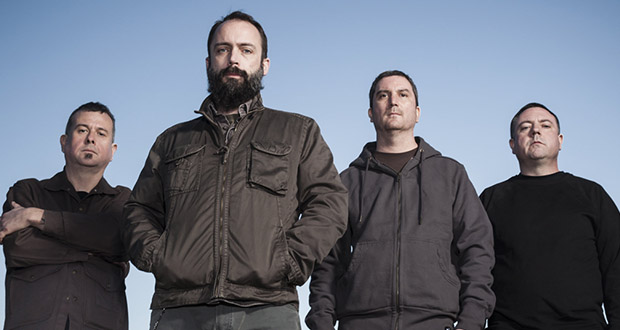 Maryland rockers, Clutch, have announced their twelfth new studio album is to be called Book of Bad Decisions, and will be released worldwide on their own label (Weathermaker Music) on September 7th 2018.

The album, consisting of 15 new tracks, was recorded at Sputnik Sound in Nashville, was produced by Vance Powell, and whichever format bought on (CD, black vinyl, coloured vinyl, etc.) will all have the same 15 tracks.

With Vance Powell as producer, we were able to make a very different kind of album, and the songs feel as if they could jump out the speaker, says drummer Jean-Paul Gaster. Bassist Dan Mains said of the album recording in Nashville with Vance Powell gave us a new, fresh approach towards making an album, and it’s captured the ‘live’ energy of Clutch in a way I don’t think we’ve done before.

The first single from the album, Gimme the Keys, was released on May 18th, and it’s the first of four due to be released over the next couple of months. The song is about the band’s first tour back in 1991, when they were beginning to cut their teeth in the ‘live’ music business and having to deal with cancelled shows and incidents occurring on the road, such as in Lawrence, Kansas, where accusations about a missing microphone lead to a confrontation with drunk, gun toting security. The lyrics Gimme the keys they can keep the guarantee, gimme the keys and get the hell out of Dodge were written to sum up the mood this particular night.

I’ve never been one for nostalgia, says frontman Neil Fallon, and I’ve always shied away from it. But, after 27 years, I realised there’s a wealth of stories to look back on as lyric fodder and, as the saying goes, “you don’t know where you’re going until you know where you’ve been.”