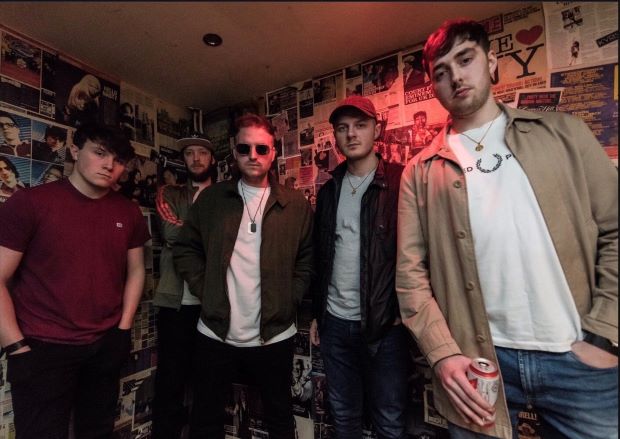 Five-piece Indie rock band The Crooks, who take their name from the famous crooked spire of the Church of St Mary and All Saints on their hometown of Chesterfield, has just signed a worldwide deal with Golden Robot Records.

Drawing influence from the likes of DMA’s, The Brian Jonestown Massacre and Verve while adopting a punk tinge, the collective that is Jacko, Chris Stones, Duncan Couch, Conor FletcherandJonathan Keeler deliver that what’s been termed as “a villainously huge melodic, anthemic wall of sound that will soon become embedded in your heart and etched in your mind forever”.

The Crooks currently average over 42,500 streams per week on Spotify alone and the band’s social media has hit record numbers with most videos hitting well over 30,000 views and currently hitting over 200,000 views. Thus, you can see why Golden Robot Records was interested in signing the band.

Previously, the band has released a plethora of independent singles, most recently the edgy rock anthem ‘Silhouette Sunshine’ – You can catch the video to that right here at RAMzine, and you can stream them  on Spotify here.