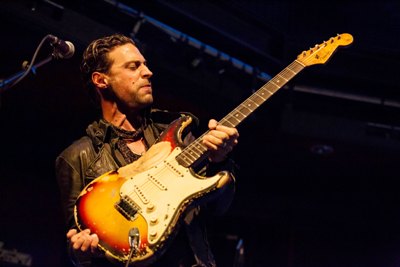 South African singer-songwriter and guitarist, Dan Patlansky, has announced Mollie Marriott will be appearing as special guest on his upcoming March 2018 UK tour that dovetails with the release of his new studio album Perfection Kills.

As previously reported at Ramzine, Perfection Kills is due for release on Friday 2nd February 2018. Patlansky has also released an official music video for the first single from the album, ‘Dog Day’, that you can watch below.

Special guest Marriott recently released her debut album Truth Is A Wolf, receiving rave reviews from critics and fans alike. An interview with her at Ramzine can be found by clicking here, as can one with Patlansky by clicking here.