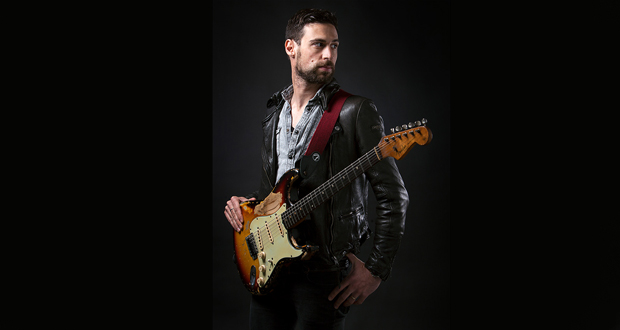 South African blues rock guitarist Dan Patlansky hits the UK this Spring for an April/May tour with Ash Wilson as his special guest.

Patlantsky’s most recent album Introvertigo drew upon personal life experiences as inspiration and was recorded at Bellville Studios in Cape Town, the results of which got it voted in as the #1 Blues Rock Album of 2016 by influential American website Blues Rock Review. Patlansky can add that to his list of growing accolades including Blues & Soul Magazine’s Male Artist of the Year and #4 of 10 Best Rock Guitarists In The World by Total Guitar Magazine in 2015, and being nominated for Best International Solo Artist for Planet Rock Radio’s Rocks Awards last year.

Patlansky began to attract more mainstream attention as support on Joe Satriani’s 2015 UK and European tour, and followed this supporting award-winning blues rock band King King on their 2016 UK tour, an event that culminated in him jamming with the band live during their encores at Birmingham Town Hall. In keeping with this King King’s Bob Fridzema plays keyboards on Ash Wilson’s debut album Broken Machine that is already being tipped as a contender for the best debut album from a new blues guitarist. The two acts combined should prove a popular live attraction.

Tickets can be ordered from the 24 hour box office by calling 0844 478 0898 or booked online from thegigcartel.com or http://danpatlansky.com/shows. 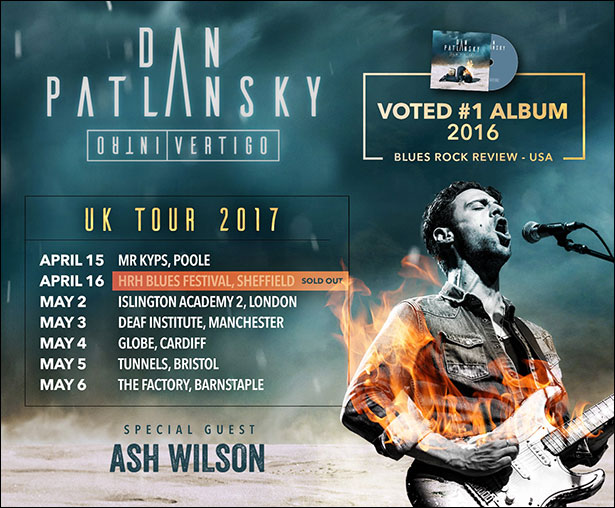