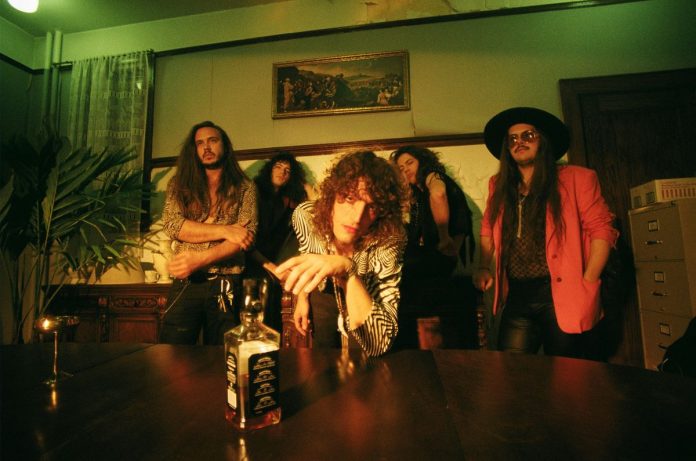 “The most elegantly decadent rock n’ roll unit of the 21st century” is the handle currently being touted regarding Montreal, Canada’s Dangereens.

Whether or not that call’s true time will tell, though there’s quite of rock ‘n’ roll survivors (amazingly so) from the 20th century who might still like to argue their own ongoing validity for this millennium’s role, even while queuing for their pension!

Dangereens has just signed a deal with burgeoning rock label Golden Robot Records as announced in a video here. They release their first single for the label on 26th July, and it’s called ‘Streets Of Doom’ and it will be released on all digital platforms.

You can pre-save/order ‘Streets of Doom’ here.

Formed in spring 2017, Dangereens engaged in a feverish song writing streak that led them to put out their self-titled EP. Since their formation, the band have toured throughout their homeland and taken the route south, playing down in the USA in cities like New York and Boston. Their live performances include theatrical elements mixed with high energy, glitter punk attitude.

Word has it theses cats will “make you scream and shout, while wearing your finest glitter and sequin blouse!” watch their video for the song ‘Black Light City’ right here at RAMzine and judge for yourselves, as well as checking them out on Spotify here.