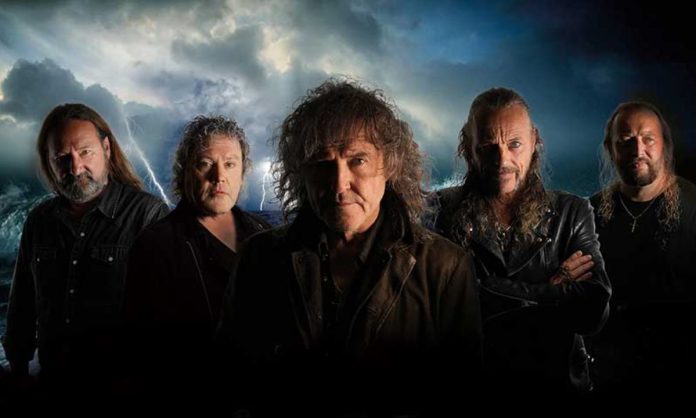 UK Rock band Dare is set to return with a highly anticipated 10th studio album in Road To Eden that will be released on Friday 1st April via Legend Records.

To support the release, Dare will embark on a 12-date UK headline Tour this coming October. Planet Rock will start at 48-hour ticket pre-sale at 9am on Wednesday 12th January thar you can access here. Tickets then go on general sale at 9am on Friday 14th January via The Gig Cartel and www.seetickets.com.

The first single, ‘Born In The Storm’, will also be released on Friday 14th January, and can be pre-saved here. While Road To Eden can be pre-ordered both on CD and digitally here.

Road To Eden follows Dare’s critically acclaimed 2016 album Sacred Ground and 2018’s Out Of The Silence 2. Both records reached Number #1 in the Amazon Classic Rock Charts in the UK, Germany, Italy, and Spain. The band also entered the top #5 in the Official UK Rock Chart, number #6 in the U.S. Amazon Classic Rock Charts and Number #1 in Japanese rock imports. The band has received well over 4 million streams on Spotify.

The band features Darren Wharton – Vocals, keyboards, Vinny Burns – Guitars, Nigel Clutterbuck – Bass guitar, Marc Roberts – Keyboards and Kev Whitehead – Drums.
Road To Eden has been produced by Wharton, who was also a member of Thin Lizzy. It was record at his studio in the mountains of North Wales. The new album has a harder rock edge than previous ones, whilst still retaining the atmospheric sound, and anthemic melodies that has become the band’s signature trademark.

“We wanted to write an album that translated well to live performance,” said Wharton. “Road To Eden has some great anthems, energy and power. We can’t wait to play the new songs live.”

Tracks featured on the new album are: ‘Born In The Storm’, ‘Cradle To The Grave’, ‘Fire Never Fades’, ‘Road To Eden’, ‘Lovers And Friends’, ‘Only The Good Die Young’, ‘I Always Will’, ‘Grace’, ‘The Devil Rides Tonight’, ‘Thy Kingdom Come’ and ‘Born In A Storm’ (Romesh Remix)’.

You can watch the official music video for new single ‘Born In The Storm’ right here at RAMzine, and UK tour days are listed below.