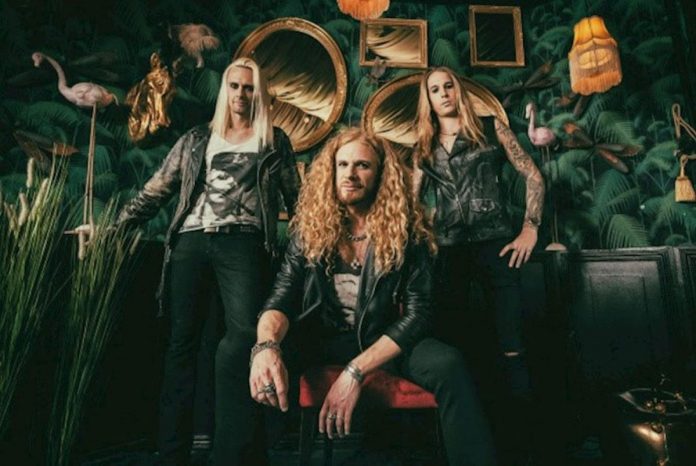 Following their 201-debut Ban The Light, Swedish hard rock act Deaf Rat has released a new single and music video, with no less than a cover version gospel pop anthem ‘Take Me To Church’!

Deaf Rat stripped the Hozier hit down to its bare bones and then built their own, heavy Frankenstein style body around it.

“’Take Me To Church’ was recorded a while back in between touring and album recordings,“ said frontman Frankie Rich. “We let ourselves go in a direction where we had not gone before and the result became somewhat different from what we’re used to. And the video…. Well…. Don’t think you will be disappointed.“

Featuring members hailing from various angles within the hard rock scene, the Dalarna-based band fills up the cracks in the ageing concrete between old school and modern hard rock with a lot of dirt, darkness and melody. Deaf Rat opens the curtain on a sinister but tempting stage set from a dark musical with massive guitar riffs and strong melodies. The band recently appeared as special guest to Judas Priest at the outdoor arena Dalhalla in Rättvik, Sweden.

You can check out the video to ‘Take Me To Church’ here at RAMzine.