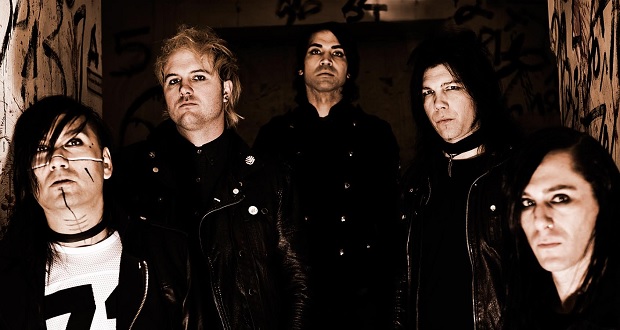 Death Valley High are set to release the new album ‘CVLT [AS FCK]’ on November 4th via MinusHEAD Records. Lead single ‘Warm Bodies’ is already available to download now, along with a newly released video in classic horror styling.

Directed by Brian Cox of Flarelight Films, the NSFW lives up to everything you can imagine ‘Warm Bodies’ to be about. You can feast your eyes on all the gory bits here:

Death Valley High frontman Reyka Osburn spoke of the video: “We wanted the video for ‘Warm Bodies’ to have some unexpected turns, so that the viewer would have their expectations abruptly altered while watching. We sought to make sure some of the video was filmed in black and white, so that the mind-altering state of our lead characters would translate to the viewer once it changed to colour – like watching a campy old horror film that turns into an 80’s action film! We intentionally chose to not include band performance footage or images, so we could really get the story concept across, although if you keep a keen eye during the mini movie, you might catch a glimpse of our scary faces.”

CVLT [AS FCK] is their follow up release from ‘Positive Euth’ back in 2013 and is available to pre order on itunes (with both tracks ‘Warm Bodies’ and ‘Groei Donker (Grow Dark) downloadable instantly) or for physical versions at the following links: