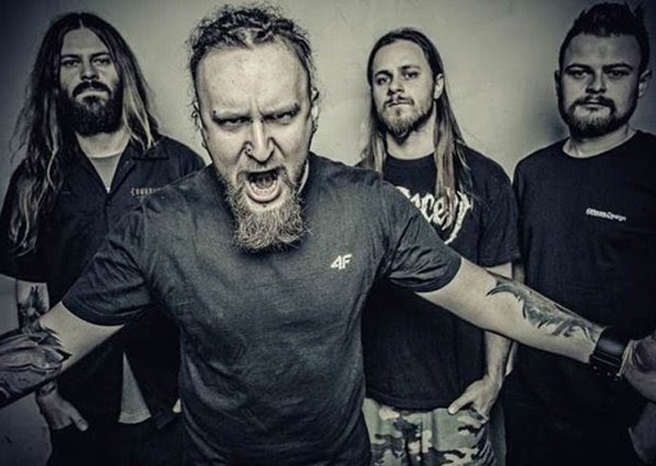 Brace yourselves – Poland’s finest death metal monoliths have just released the title track of highly anticipated forthcoming album ‘Blood Mantra’. The band’s founder and mastermind composer Waclaw ‘Vogg’ Kieltyka had this to say on the subject:

“Take a break from what you are doing and check our new lyric video for the song “Blood Mantra”. After “Psalm” it’s a second full song we want to share with you from our upcoming album”

‘Blood Mantra’ was recorded at Hertz Studio in Bialystok in Poland under the direction of Wojtek and Slawek Wieslawscy and is scheduled to drop in the UK at the end of this month on September 29 via Nuclear Blast. You’ll find the track list for this monstrous release below:

The Limited Edition Digipack version of the album also comes with an awesome DVD documenting the making of Blood Mantra. You can pre-order the album here:  http://smarturl.it/DECAPITATED-MantraNB

DECAPITATED also recently revealed a new track entitled ‘The Blasphemous Psalm To The Dummy God Creation’, which can be streamed online here: http://youtu.be/sbLSrdNd9oU

Wanna pre-order the digital single? Of course you do! Well, all you need to do is follow the links below:

And if that wasn’t enough excitement to wrap your heads around then how about this? You can also get your lucky mitts on the Limited Edition Dark Green Vinyl version of the album if you pre-order now from the Nuclear Blast UK webstore: