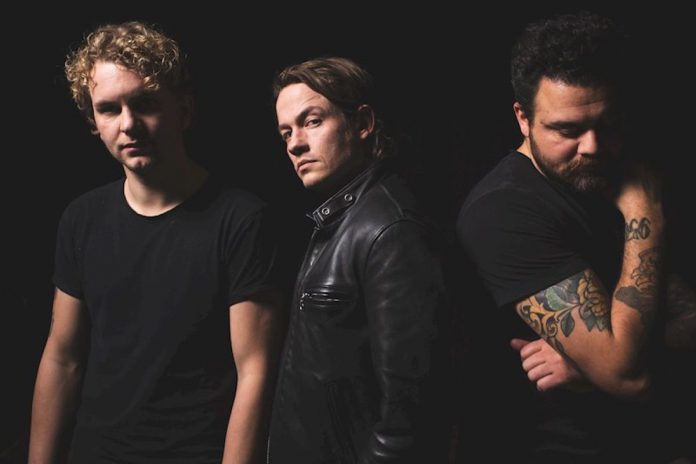 Diplomatic Immunity hail from Denmark and they play rock ’n’ roll; the band’s intent to fuse the best elements of both U.S. and British rock.

‘Picture Perfect Paradise’ is the band’s latest single, and its out now through Golden Robot Records.

‘Picture Perfect Paradise’ is available here and you can watch the video for it right here at RAMzine.

The band was formed in 2016 by three old childhood friends who, after playing in different bands, came together with the common wish of playing good, melodic and uncomplicated rock ’n’ roll. All three band members were brought up with legendary bands such as Nirvana, The Rolling Stones and Black Sabbath, and it’s this musical heritage that defines the band’s style.

In 2018, where they released two singles, then later their first EP Something Has To Explode in January 2020.

Following their signing to Golden Robot Records, they released their single ‘Now’s The Time‘ – The song describes being the last two people in a world of chaos and decay. Living life together, as if every day is the last, and getting the most out of it. The music conveys a feeling of positivity and hope in the riff and chords, but also a sense of aggression, to illustrate that survival in this world isn’t easy.

You can order latest single ‘Now’s the Time‘ here, watch the video for it right here, and catch the band on Spotify here…