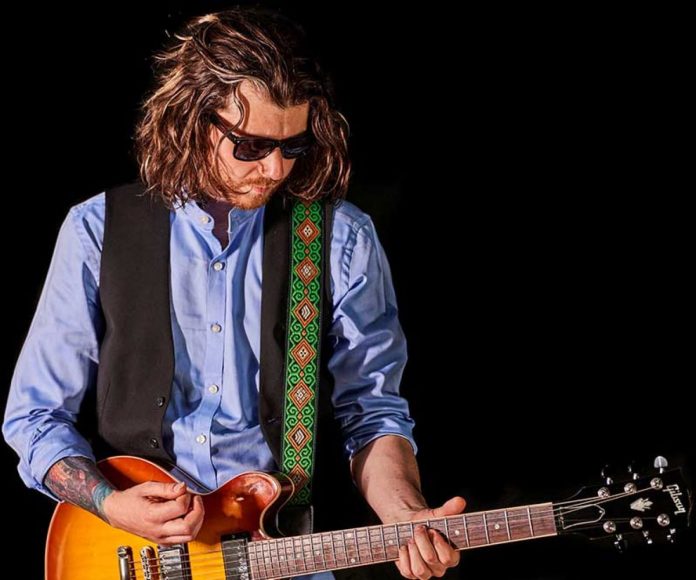 Ahead of that comes ‘Echoes’, the second single taken from the new album, that’s available to stream and download from here, and an official music video that you can watch right here at RAMzine.

Discussing the single, Martin said: “’Echoes‘ is about loss and finding things that used to belong to souls that have passed on,” he continued: “It’s a song about ghostly things and memories of the past and I guess it was inspired by me returning to Belfast after periods away during difficult times in my life.

Produced by Grammy nominated Chris O’Brien, A Savage Life was recorded in Belfast and Dublin during the second half of 2021. The new album features songs arranged by Dom (guitar and vocals), accompanied by Dave Thompson (bass guitar) and Laurence McKeown(drums).

“So, this is the dreaded second studio album,” said Martin of the record. “In some respects, the new album is like my 2019 debut album Spain To Italy, but still very different.

“It’s a mixture of acoustic solo and electric just like the first one, however, on this new one, I really wanted to keep this album under-produced so I can reproduce the tracks in a live setting. Similarly, to the Spain To Italy album, the tracks on A Savage Life are mostly based on my own life experiences.”

“I seldom like listening to my own work, but I am proud of what I’ve done on the new album. I think I’ve got that under-produced sound I wanted. Many of the tracks were just one take and that’s the way I like it.”

“A Savage Life is another part of my life story and is also, in a small part, in memory of a great friend who passed away in 2021. It’s my blues, it’s real and I have to live with it!”

Current single ‘Echoes’ was was preceded by the single ‘12 Gauge’ back in January. You can still stream and download from it here, and also watch the video here at RAMzine. While, A Savage Life is available to pre-order from here.

Hailed by many as the blues’ biggest Irish export since the iconic guitarist Rory Gallagher, in May this year Martin will be the UK representative at The International Blues Challenge in Memphis, USA.

Martin will support Eric Gales on dates in the UK from 2nd – 8th June. Tickets are available from The Gig Cartel.

He will follow the Gales tour with an early November UK tour to promote his new album A Savage Life, that will also include festival performances.