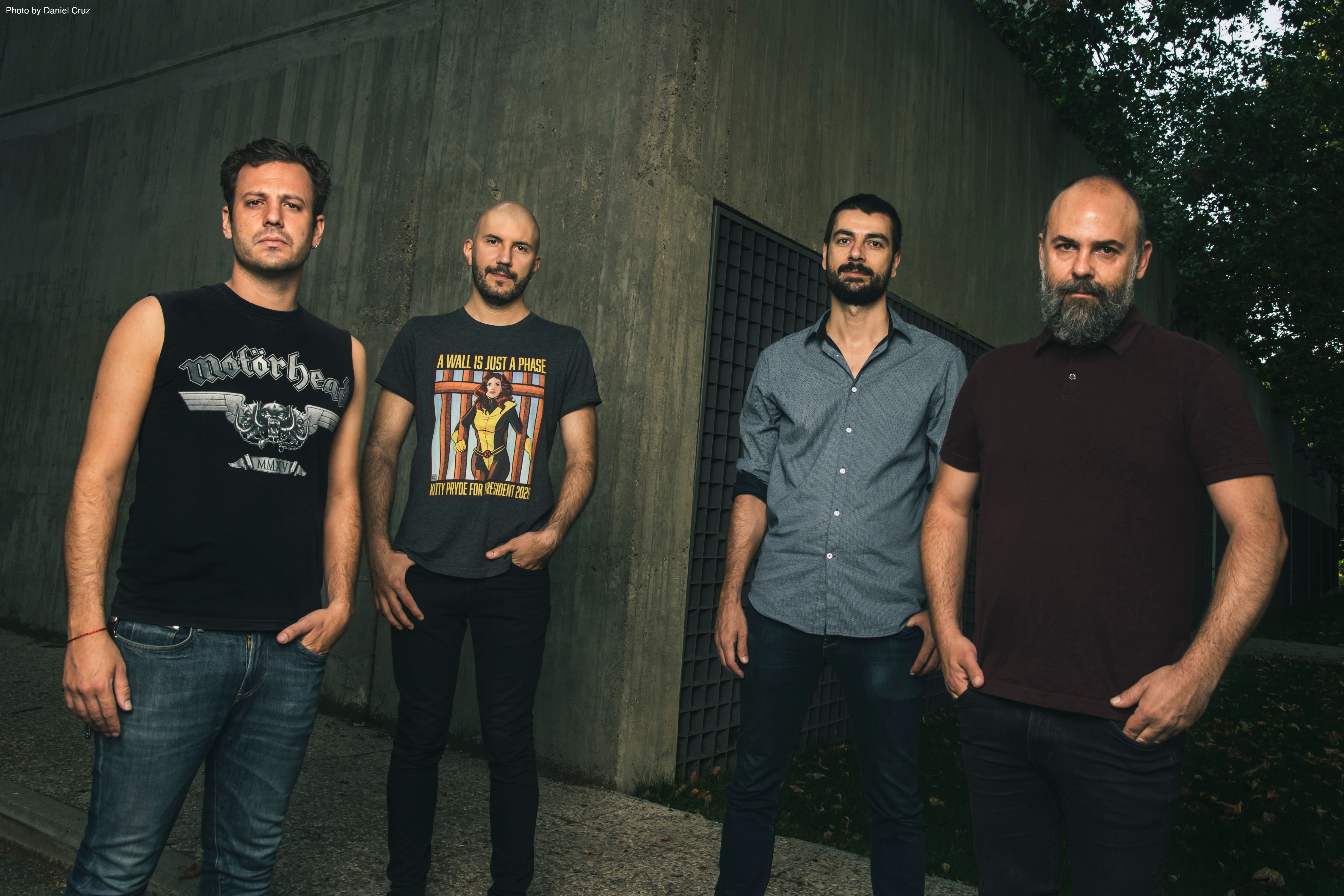 Hex is the eighth studio album from Madrid based rock band Toundra, who derive their influences from Prog rock as well as punk and alt-rock, and it’s divided up into two parts. The first track, ‘El Odio’ (hatred) is a twenty-two-minute piece split into three sections, and the four tunes which follow are all individual pieces. The music is wholly instrumental, largely played on guitars and drums, with the very occasional smattering of synths and piano right at the back of the mix, and fluctuates between heavy riff-like playing and stoner rock, right up to the occasional more melodic section.

The premise underlying this new album was the realisation, at the age of thirty-four, by bandleader Estaban Giron that love is a far more powerful emotion than hate. He’d seen a gay pride flag being ripped down and burnt and was aware of the murder of a man for no reason other than gender orientation, thus the premise of the project being focused on life not being long enough to remain angry and frustrated, and the music on this album is an attempt to convey this emotion.

Listening to this album, though, it was unclear whether what was being played had actually been composed in advance or whether it was being composed in the studio as they went along. I say this because all the three parts of ‘El Odio’ contain little in the way of variation. The music is largely riff-based with the same series of notes being repeated for several minutes at a time.

Pt 2 is maybe a touch more aggressive and riff-driven than Pt 1, whereas Pt 3 is a more melodic affair with the guitarist playing a series of notes in an attempt at a tune rather than repeating a riff. Apart from this, it was difficult ascertaining where one track ended and the next one began.

The other four tracks largely follow the same pattern, starting quietly and then speeding up somewhat. ‘La Larga Marcho’ (the long march) is slightly more melodic than ‘Ruinas’ (ruins) with what sounds like a riff played on a synth behind the guitar. ‘Watt’ is a little more upbeat and incorporates a saxophone into the mix, and the concluding track ‘Fin‘ opens with an acoustic guitar and then the same pattern is repeated for the next five minutes.

There’s no doubt the musicians in Toundra can play, and it’s easy imagining several pieces here being used as film noir soundtracks, but despite this, Hex as an album suffers from a paucity of imagination and style. Onstage, they may be a different proposition but they should shake things up on an album