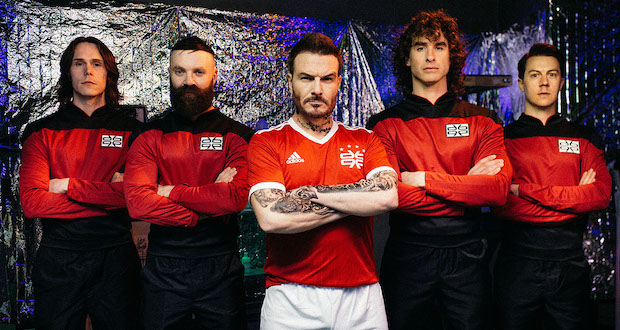 Alongside their ‘Come Dine With Me’ pardoy on YouTube, British heavy rockers Don Broco have been confusing fans by posting photos of football legend David Beckham exclusively for the past day or so.

Strangely, this was leading up to the video for their brand new track ‘Manchester Super Reds No 1 Fan’ (trying saying that after a few pints). Check out the video below:

The track premiered on BBC Radio 1 as part of Annie Mac’s Future Sounds.

Keep an eye on the band’s YouTube channel for studio updates, as well as some fun videos to tide you over until the next announcement.

The question now is: Where do I get one of those Adidas x Don Broco footy shirts?