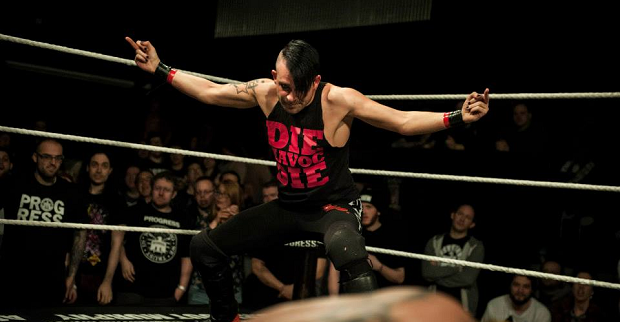 As of yesterday, it was announced that Download Festival will provide entrance music for one of the world’s most explosive and outrageous independent wrestling promotions: Progress Wrestling.

Their Donnimgton debut will showcase a new era of on-site festival entertainment, which will be bringing what was described by co-creator Jim Smallman as:

Part punk gig, part away end at a football match”

This trailer teases Havoc going paw-to-paw with Download Dog at the festival.

Bands announced for Download include headliners Muse, KISS and Slipknot as well as the likes of Motley Crue, Marilyn Manson, Judas Priest,  Fait No More and many other acts.

For more information on the festival got to:

For more on Progress Wrestling go to:

Which rock stars would you like to see face each other in the ring?

Axl Vs. Slash? Faith No More Vs. RHCP? Slipknot vs Limp Bizkit?

Let us know in the comments. Keep it clean!